Audi A1 e-tron "Next Generation" Gets Updated, More Power 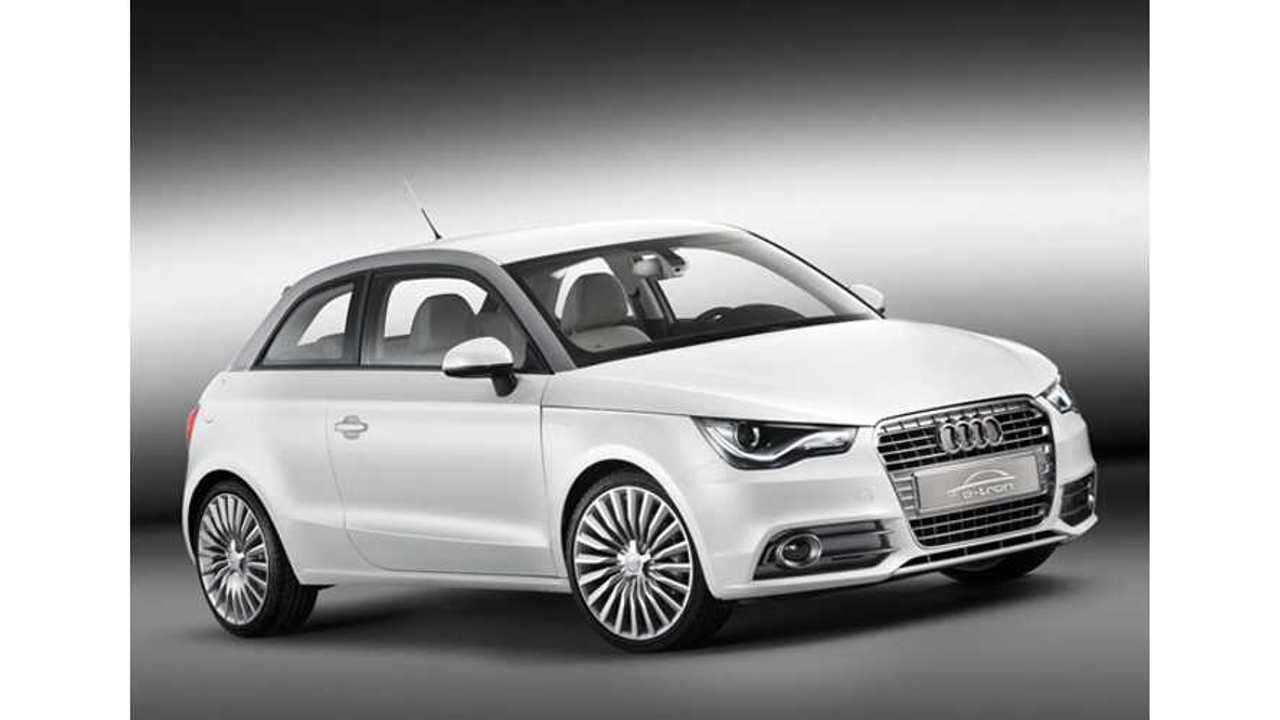 A Couple Audi A1 e-trons Get A Charge

Very quietly, Audi has improved the specs on its A1 e-tron trial car that was first introduced in 2010 at the Geneva Auto Show.

Lets get right down to it, the old A1 e-tron featured:

Now, Audi is bring some 80 new "next generation" A1 e-trons into existence in co-operation with the German government:

"Audi and the A1 e-tron are participating in the German federal government's Electromobility Showcase initiative. To explore the potential of the new drive system, the brand with the four rings has deployed 80 cars in six separate projects. A specialist for urban centers, the electric-powered compact model also includes a range extender for additional range."

The "updated" A1 e-tron now features:

While the expected extended range has not changed, the performance on the road has certainly changed.  The electric Audi will now do zero to 62 mph in 9.8 seconds (about half a second quicker than the outgoing concept model), while its top speed still remains governed at 81 mph.

The German company also notes that this new iteration of the EV has "improved the electronic stabilization control (ESC) and the selection of the five recuperation levels (regen settings)."

The original hand-full of A1 e-tron concepts recently passed the 50,000 kilometers (31,000 miles) in an Audi fleet trial based out of Munich.  Audi says it has taken the feedback from that program to tweak the program.   The current fleet of 80 updates e-trons are expected to log around around 621,000 miles (1 million km), or about 7,700 per car before the program winds down.

...and yes, like a lot of other showcase projects, the German government is footing the bill by providing a total of €180 million ($239 million USD) in funding for these showcase programs.