Plug-In Vehicles to Represent 3% of Global Automotive Market by 2020; PHEV Sales to Easily Outnumber Sales of BEVs in US 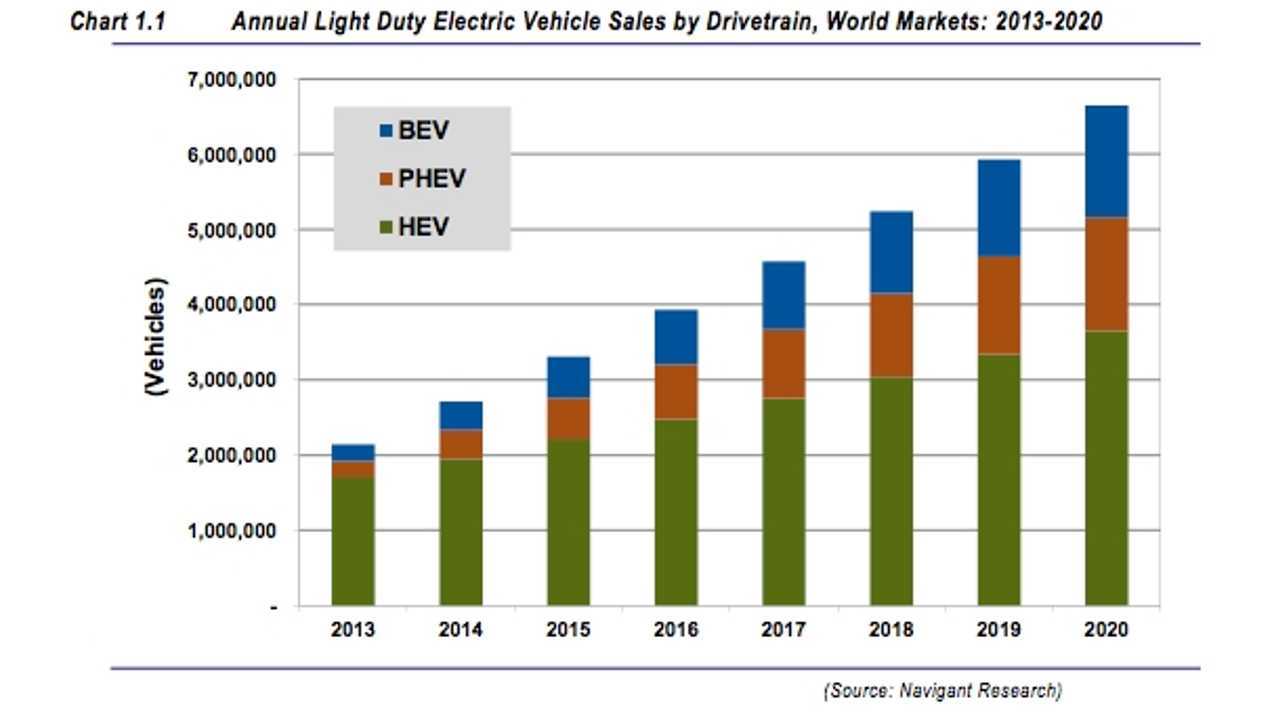 The latest future predictions are in, so let's jump right to the numbers.

According to Navigant Research, conventional hybrid vehicles (those autos without plugs) account for 2% of global light duty vehicle sales today, but are expected to grow to almost 4% by 2020.

Of course, we could care less about those vehicles that lack what should be considered mandatory for all automobiles: a plug.

Navigant Research predicts that the plug-in electric vehicle (PEV) market will grow rapidly as a result of rising fuel prices, declining vehicle prices and increasing availability of plug-in offerings.  The result, says Navigant, is that 3 million PEVs will be sold globally/annually by 2020, which means that PEVs will represent 3% of the global light-duty vehicle market by the end of 2020.

Japan will lead the world in PEV sales, according to Navigant, who predicts that nearly 900,000 plug-ins will be sold on the island nation in 2020.

Here are a few additional highlights from Navigant's report, which Green Car Congress outlines for us below:

Source: Navigant Research via Green Car Congress
++
Got a tip for us? Email: tips@insideevs.com