Heard This One Before? BYD E6 Taxi Fleet In London Delayed Due To Lack Of Charging Infrastructure 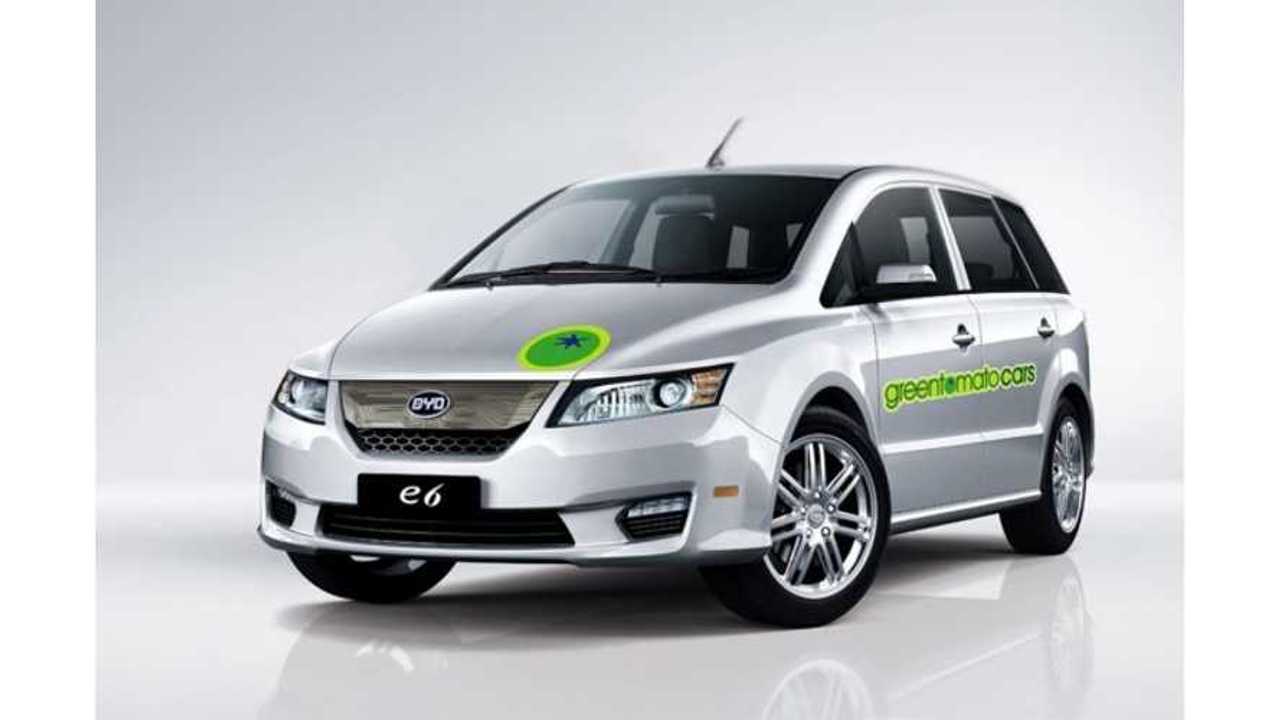 Stop us if you have heard this before.  A BYD plug-in product is anticipated to hit the market in a fairly short time frame, then just moments before that deadline arrives, the "charging infrastructure" to blamed for the vehicle's failure to show.

In this case, 50 electric e6 taxis have been put on hold.

Remember the BYD e6?  It was originally scheduled to land in the US in 2010, then 2011, then 2012...then once the US charging infrastructure was up to the Chinese company's standards.

Alongsidie the E6 was the F3DM; think Chevy Volt, but so much better - 60 miles of range before switching over to gas operation, and for only $28,800.  A small test fleet of F3DMs was put into service in LA, and the vehicle was scheduled to launch in late 2012, but those ugly "charging standards" not only stopped the car from coming to the US, but cancelled the car entirely...which was strange seeing how it was a extended range vehicle.

In this case in London, we find that a little over six months ago, and despite only one compatible quick charge in existence at the time, Green Tomato Cars signed a memorandum of understanding to supply 50 E6 electric taxi vehicles from BYD to London; pleasing that city's Mayor:

"It is my aim that London's minicabs and taxis will be zero-emission by 2020, which will have a major impact on air quality. Every year the fleet is getting cleaner, making our city an even more attractive place to live, work and visit. Encouraging many more electric vehicles is a key part of this transformation, so it is great news that greentomatocars has committed to operating 50 of these super clean machines from next year."

Green Tomato Cars Currently Operates More Than 300 Cars In London, Mostly In The Form Of The Toyota Prius

The plan at the time was to have the all electric E6s in operation by June 21st; and guess what happened just before launch?  Delayed due to lack of infrastructure.  Apparently while there is over 1,300 L2 public chargers in the city, there was still only a single DC fast charger that the E6 could get a boost from, so the cars will have to wait.

Green Tomato Cars, who already can boast a fleet of 300 highly efficient/low polluting cars (including the Toyota Prius hybrids along with some biodiesel vans and executive cars),  now says the earliest they could put the first of the E6s into service was late this summer.  But really, we all pretty much assume those 50 BYD E6 taxis are not arriving any time soon.

The Evening Standard did a nice job of tracking down Hamish Phillips, a Green Tomato spokesman, who said:

“The infrastructure is not in place to run an operation like ours.  Our cars are in use 12 hours a day travelling between 120 and 150 miles. We can’t have them standing idle.”

The BYD E6 can fast charge to 100% in about 40 minutes via fast charging, however the vehicle is also equipped to accept a 10 kW L2 charge, meaning the E6 could still recoup over 30 miles for every hour sitting at a public L2 station.

According to the standard, Green Tomato Cars is in "discussions with organisations to install more rapid chargers on private land in an effort to solve the problem."

The 60-mile, Extended Range BYD F3DM, Another Victim Of The Charging Infrastructure

It seems highly unlike to us that Green Tomato Cars thought over the course of the last six months that London would have increased its fast-charging footprint so fast as to accommodate 50 electric BYD E6s taxis requiring fast chargers.  One assumes that kind of knowledge would have been available at the time.

Given the history of the charging infrastructure excuse in connection with BYD, it seems more likely to us that there has been some hiccups in the procurement of cars from the Chinese EV-maker, and/or the working relationship between the two companies has changed in some way.

And it is also curious to note, that the London taxi company says they require fast charging because their cars travel "between 120 and 150 miles a day"...yet BYD lists the E6's range at 186.4 miles, which is 36 to 66 more miles than they say they require.  So what gives?