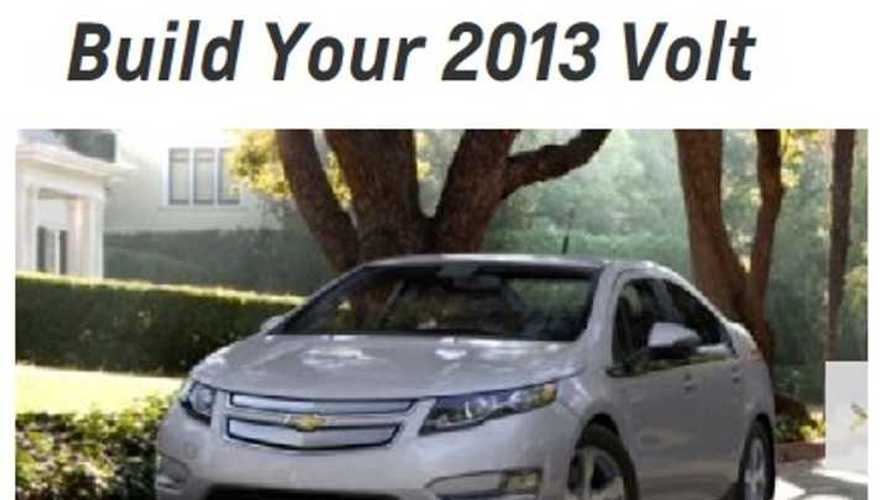 As the longest-running, mass produced electric vehicle on sale today in the United States, the Chevrolet Volt has hit a wall of sorts when it comes to sales (chart below).  A not at all surprising fact considering the influx of many new plug-in options over the 30+ months the extended range Chevy has now been on the market.

All Customers Now Eligible For At Least $4,000 Off...Many Will Do Much Better Still

The Ford C-Max Energi began the assault on Volt sales in late 2012, and Ford continued to chip at the Chevy's base with the introduction of the Fusion Energi that went on sale in February of 2013.

So what is Chevrolet to do with the Volt, with a starting MSRP that still stands at $39,145?  Here are the options open to GM as we see them:

Having watched GM operate for the past several years, we don't feel they have any intention of letting the Chevrolet Volt go silently into the night and become a sales footnote in the history of the electric vehicle in the US.

Likewise, the 2014 model year is set in stone...and no significant improvements are in store that can give the Volt a more competitive advantage at $39,000+;  unless you are really jazzed about two new color choices (Ashen Gray Metallic And Brownstone Metallic), a leather wrapped stealing wheel, and the option to add heated seats.

Only Minor Changes Are In Store For The 2014 Chevrolet Volt, Such As New Color Choices Ashen Gray Metallic and Brownstone Metallic

That leaves larger discounts and a new MSRP as viable options for the General.

As for the lowing of the MSRP on the 2014 model year, that has not happened yet, but we at InsideEVs will eat our proverbial hat if that reduction is not announced in the coming weeks.   Until then, GM is faced with moving about 9,000 - 2013 Volt inventory units off dealership lots ahead of the 2014s...and that means discounting!

Unfortunately, GM has already been offering a couple deep discount deals for several months now during the current sales lull:   a $2,000 discount plus financing incentive, and a $3,000 straight cash off the Volt offer.   So, what to do?

While we eagerly anticipate the 2014 Chevrolet Volt to be priced more in line with the market, General Motors has taken interim steps to move the needle on sales for this summer, by offering $4,000 cash off the car or $2,000-$3,000 off in addition to other financing incentives.  Click "Build Your 2013 Chevrolet Volt" online now, and note that the rebate is instantly offered.

Also available for many is $1,000 in bonus conquest dollars (that is of course provided you are currently leasing any of the competition's products) - meaning many customers can walk into their local  Chevy dealer and receive $5,000 of the price of a new Volt, bringing the starting MSRP down as low as $34,145  (plus $895 destination)

Here are the deals which are effective in the month of June:

As for the additional $1,000 off being offered by Chevy, here is all the fine print on that:

Of course, many dealers are also offering their own reductions on 2013 inventory, so reports of customer's receiving discounts upwards of $8,000 are now not uncommon.

So, if you are in the market for a new Chevrolet Volt, and you can live without driving a new 2014 Brownstone Metallic Volt, we suggest considering this very tempting offer from GM.