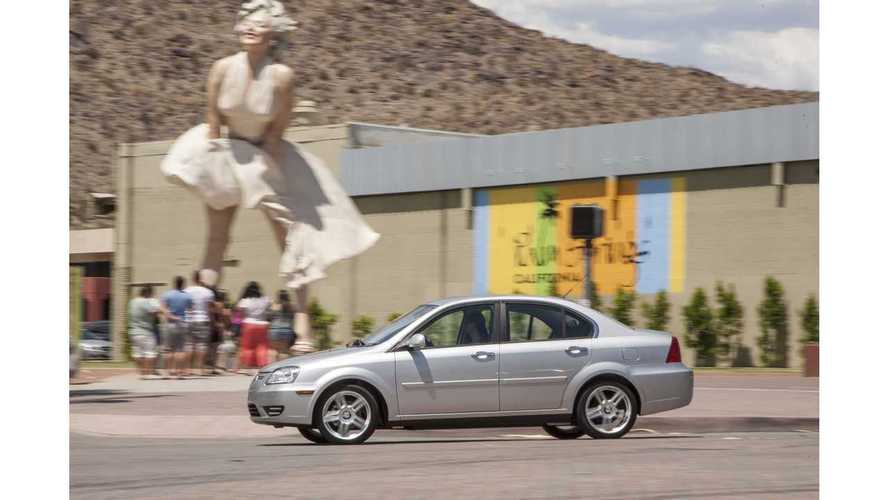 It seems that we may have heavily underestimated Coda Automotive sales at only 78 copies of the Coda Sedan.

The new minimum number is a staggering 117 units - a full 50% higher then the previous mark we had Coda selling at (Okay. Okay. Yes, this is our own little evil joke!)

How do we know Coda sales are through the roof? Because NHTSA says that Coda Automotive must replace both side curtain airbags in 117 cars.

SUMMARY: CODA Automotive (CODA) is recalling certain model year 2012 CODA vehicles. The side curtain airbags may have been improperly rolled during production which could cause the airbag to not deploy as intended.

REMEDY:This recall supersedes a previous recall conducted by CODA, 12V-409. All owners, including owners involved in the previous campaign, will be notified and instructed to go to CODA dealers to have both side curtain airbags replaced free of charge. The safety recall is expected to begin on, or about, June 11, 2013. Owners should contact their dealer for more information. CODA Automotive's recall campaign number is R84002.

But isn't Coda Holding in bankruptcy? Why yes, it most certainly is.  Will Coda be able to do the recall job from beyond the grave?

Anyways, now Coda has one more reason for rebirth (or to not rebirth).