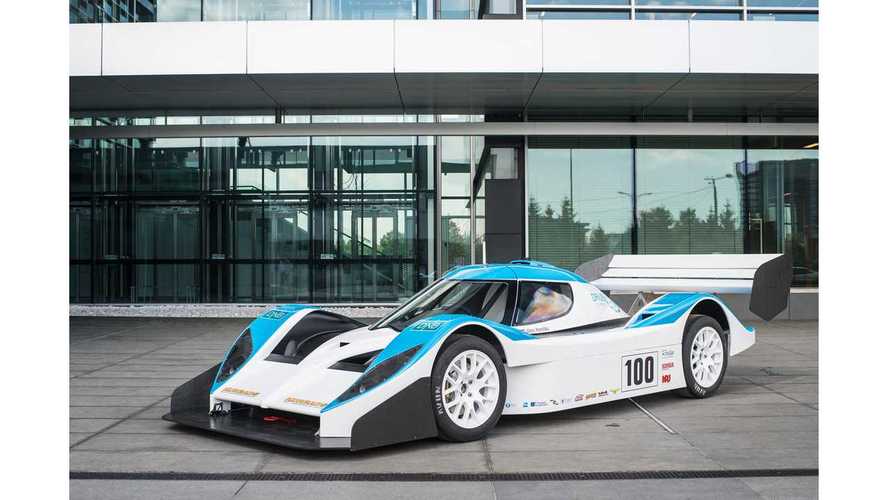 Electric racer PP01, built by Latvian company eO, is ready to roll and has arrived in the US to fight for the win in the 2013 Pikes Peak International Hill Climb - Race to the Clouds.

As we mentioned before, it's a carbon fiber vehicle equipped with four motors, AWD and peak power of 400 kW.  It seems the PP01 will fight directly with Monster Sport E-RUNNER Pikes Peak Special, Mitsubishi MiEV Evolution II and last year's winner, the Toyota TMG EV P002.

It is, of course, good news that the Pikes Peak International Hill Climb will have a field full of strong contenders - all with multi-motors and several hundreds of kWs.

Once again it seems that the US will not have a team capable of gunning for the top spot in this event.  Of the four strongest teams - 2 are from Europe (TMG is built in Germany) and 2 directly from Japan.

Here is a short video showing how the PP01 was built and the first video from testing.