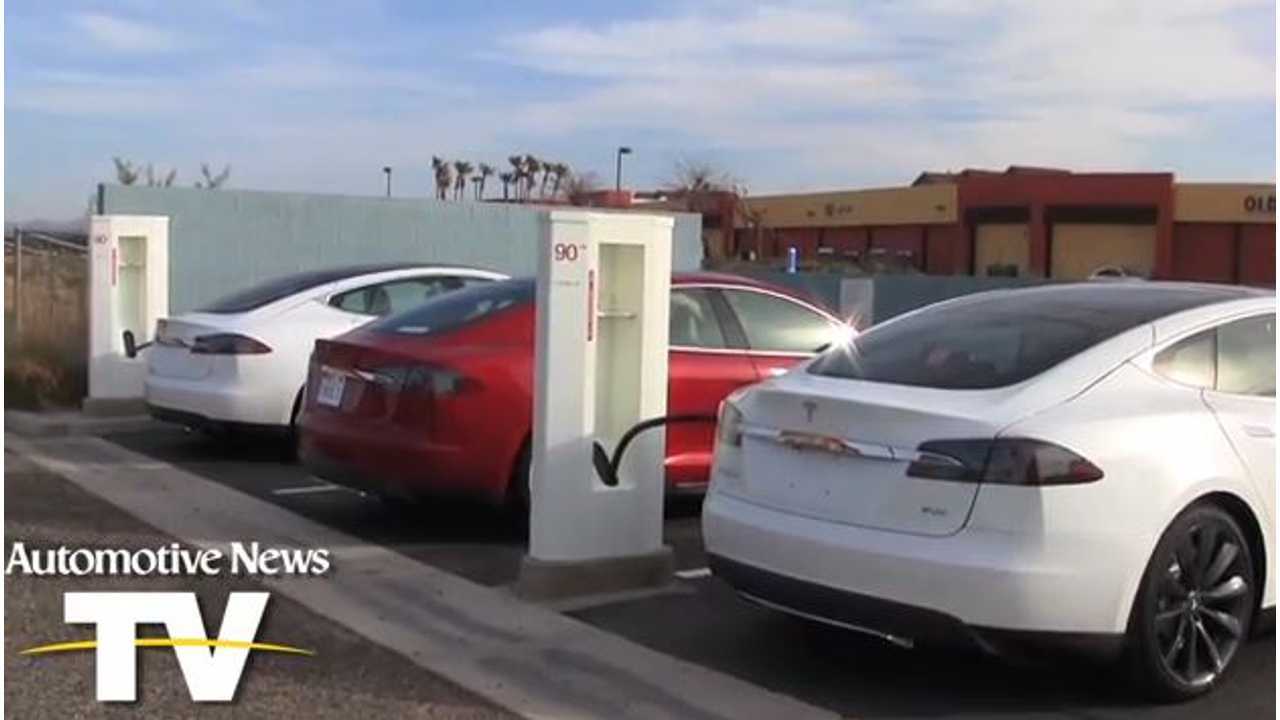 I Need a Charge... So How Long Will These Charger-Hogging Model S Sedans be Charging For?

Automotive News' Mark Rechtin recently put the Tesla Model S to the test during a road trip from Los Angeles to Las Vegas.

Sure, there were a few issues encountered during the trip, but the words of praise poured out far more often than not.

In the end, Rechtin basically says the Model S is a revolutionary machine.  In fact, he even adds in that line from the Beatles smash hit "You say you want a revolution..."

Yes, the Model S is that "revolution."

Watch as Rechtin puts the Model S to the test over the course of a 265-mile road trip.