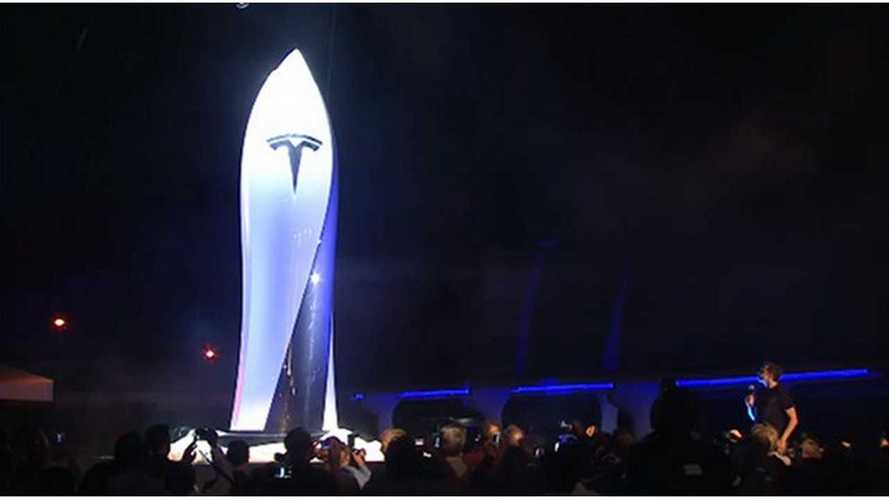 During the Tesla Motors annual shareholders meeting, a stockholder named Kevin Weng asked a question about the superchargers capability.

Kevin Weng:  Recently you tweeted that it takes less time to take a full charge with a Model S than filling a full tank of gas.

Kevin Weng: So is the recent announcement that it is a 20 min charge is that it?

Elon Musk: That is not it.

Kevin Weng: Or is it even more is that it?

Elon Musk: That is not it.

Not to say that the ever decreasing charge time is not critical to the success of the electric vehicle, but Elon Musk understands how to make it stick in the minds of those challenging the EV. Once this line is crossed, there is no turning back.

Like the Tweet, this article needs little more than what is left to the imagination. Theatric? You bet! I for one have marked June 20th and will be watching.