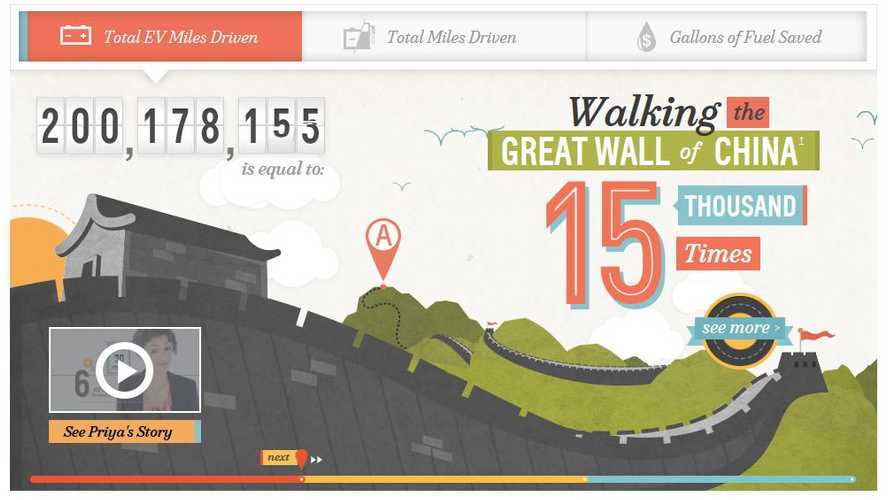 It's been in the making for some time, but now it's official: Chevy Volt owners have cumulatively covered more than 200,000,000 miles on electricity alone.

Gasoline Saved by Volt Owners reporting Data in US

Actually, the figure is indeed higher, but based on the info from participating Volt owners (via the Volt's OnStar data system), General Motors says the total electric miles driven has eclipsed that 200,000,000-mile mark.

Let's see, GM further says that those Volt owners have saved over 10.5 million gallons of gas by driving all those electric miles.  That's a saving of well over $40 million, which GM oddly says is enough to buy 80 acres of a private island, where we assume there'd be no roads, hence no need for the Volt.

Moving on, GM adds that Volt drivers have cumulatively tacked up some 321-plus million miles.  That figure, once again, doesn't include all of the 38,600-plus Volts on the road, but rather only those that submit data via OnStar.

Therefore, all of the results told here are lower than the actual figure.  Regardless, the numbers presented by GM are still impressive.

Total Mileage of Chevy Volts Reporting Data in US