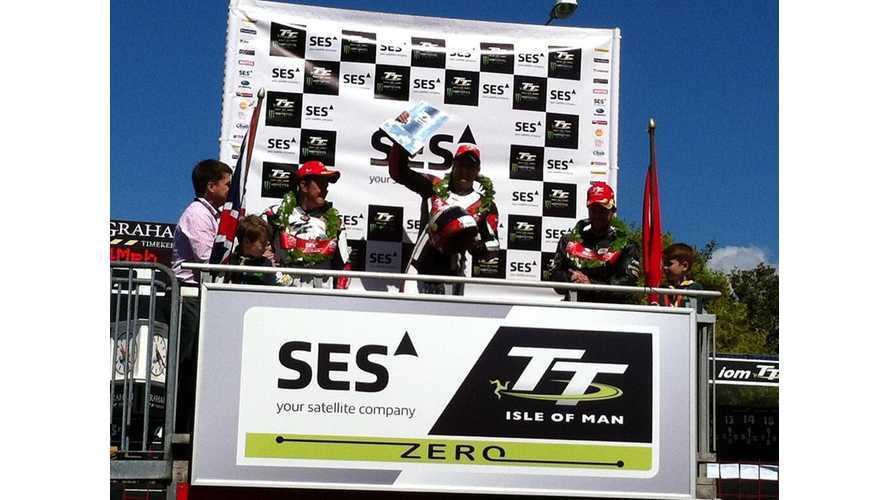 A third consecutive victory for Michael Rutter in the SES TT Zero race on the Isle of Man becomes the fourth overall for the Oregon-based team MotoCzysz.

Rutter, on the 2013 MotoCzysz E1pc bike, smashed the existing average lap speed record by setting a new mark to beat of 109.675 mph, only barely missing the 110-mph goal.

Fastest in qualifying John McGuinness, on the Japanese motorcycle Mugen Shinden Ni, finished the actual race only about 1.6 second slower then Rutter.  McGuinness booked an average speed of 109.527 mph.

American Mark Miller, on the second MotoCzysz bike, unfortunately had to withdraw from the race. Miller's misfortune meant that the lowest place on the podium went to Robert Barber on a RW-2 motorcycle built by Ohio State University students, although the average speed of 90.403 mph was far from the pace of the leaders.

Press conference with winner Rutter in video form below:

Tons of additional video coverage of the 2013 TT Zero from previous days found below:

And if you're still with us this far down, then here's the Motoczysz E1pc Unveiling