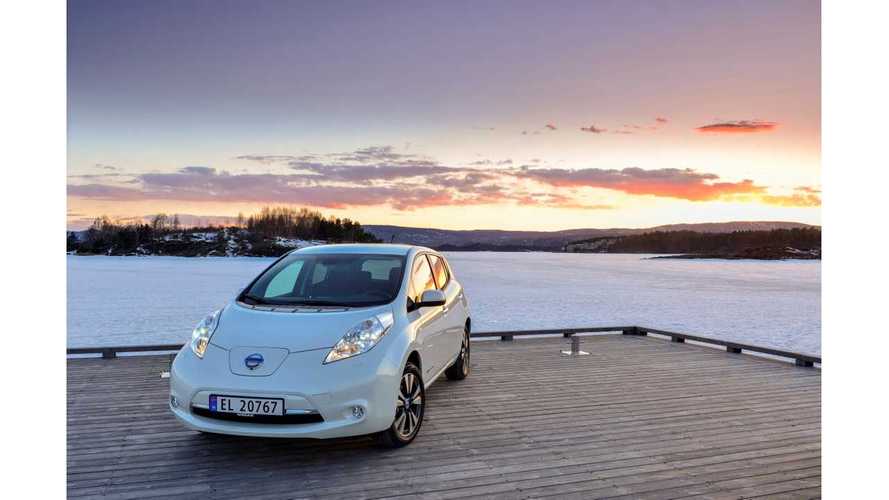 To say that the Nissan LEAF dominates electric vehicle sales in Norway would be the understatement of the century.

The LEAF so soundly trumps all other available EVs in Norway in sales that domination is too soft a word.

In May, LEAF sales in Norway check in at 330 units.  That's nearly 95% of the 348 total electric vehicles sold there last month.  You see, domination doesn't even truly describe the LEAF's spectacular dominance of the segment.

330 LEAFs sold in May in Norway in below the 455 units sold in April, but the LEAF is still on a roll for 2013.  Nissan says year-over-year results for LEAF sales in Norway have nearly doubled.

The LEAF alone captured 2.7% of the entire automotive market in Norway in May.

Norway's top-seller, the Volkswagen Golf, only manage 512 units sold in May, so the LEAF is less than 200 units shy from taking the lead.

Could it soon be true that the LEAF becomes the overall sales leader in Norway?  Maybe.  Fingers crossed.