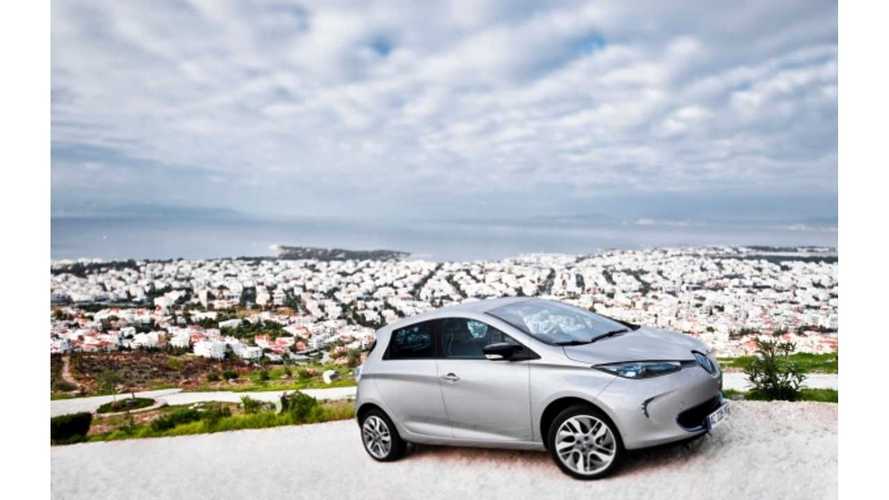 Renault Zoe registrations in France fell in May to just 483 copies, which is considerably less then 748 sold in April and 1,089 in March.

Although we would have liked to see more growth, it seems that Zoe may be suffering from "Twizy syndrome," which we define as high initial sales in the first few months of availability, followed by declining sales in the months that follow.

The cumulative number of Zoe registrations in France at the end of May reached 2,830 units, or approximately 73% of all EV passenger cars sold in France in 2013.

Naturally, Renault's home market of France without a doubt remains the largest all of the Renault electric vehicles, but it is only one of the markets for the company in Europe.  The Zoe launches in Germany on June 7th, and should help the overall bottom line.

Meanwhile, sales of the delivery van Renault Kangoo Z.E. fell in May to 243 units, or nearly half the 436 units sold in April.  Regardless, Kangoo Z.E. still dominates its light commercial-duty electric segment by accounting for 83.6% of all registrations in this segment and 1,730 cumulative sales in 2013.

It should be noted that a shrinking automotive market and a deteriorating economic situation definitely influence the electric vehicle segment in France as well.