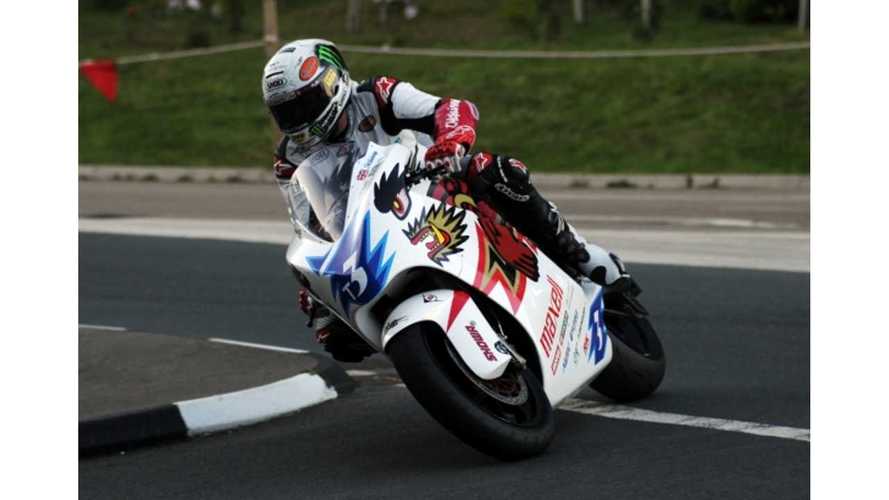 After Monday's qualifying session, John McGuinness shot back to the top of the time list in SES TT Zero on the Isle of Man.  Piloting his Mugen Shinden Ni, McGuinness set a new unofficial average speed record at 109.04 mph (almost two miles faster than in practice) and booked a time of 20:45.699.

Second fastest in qualifying was Michael Rutter, who unfortunately didn't improve upon his practice time, but still reached the finish line in 21:02.318 (average speed of 107.60 mph).  Rutter drives a 2013 MotoCzysz E1pc.

The third best result was obtained by a second driver of the 2013 MotoCzysz E1pc - American Mark Miller, who finished the qualification with a lap time of 21:23.742 and an average speed of 107.24 mph.

None of the other riders, with their substantially weaker motorcycles, were able to get close to breaking past the 100 mph average speed mark. The fastest of the rest of the group was Robert Barber - the winner of the inaugural event in 2009. - who set an average lap time of 91.77 mph.

Below you'll find links to the full results for both qualifying sessions.

The actual SES TT Zero race will be held on Wednesday.