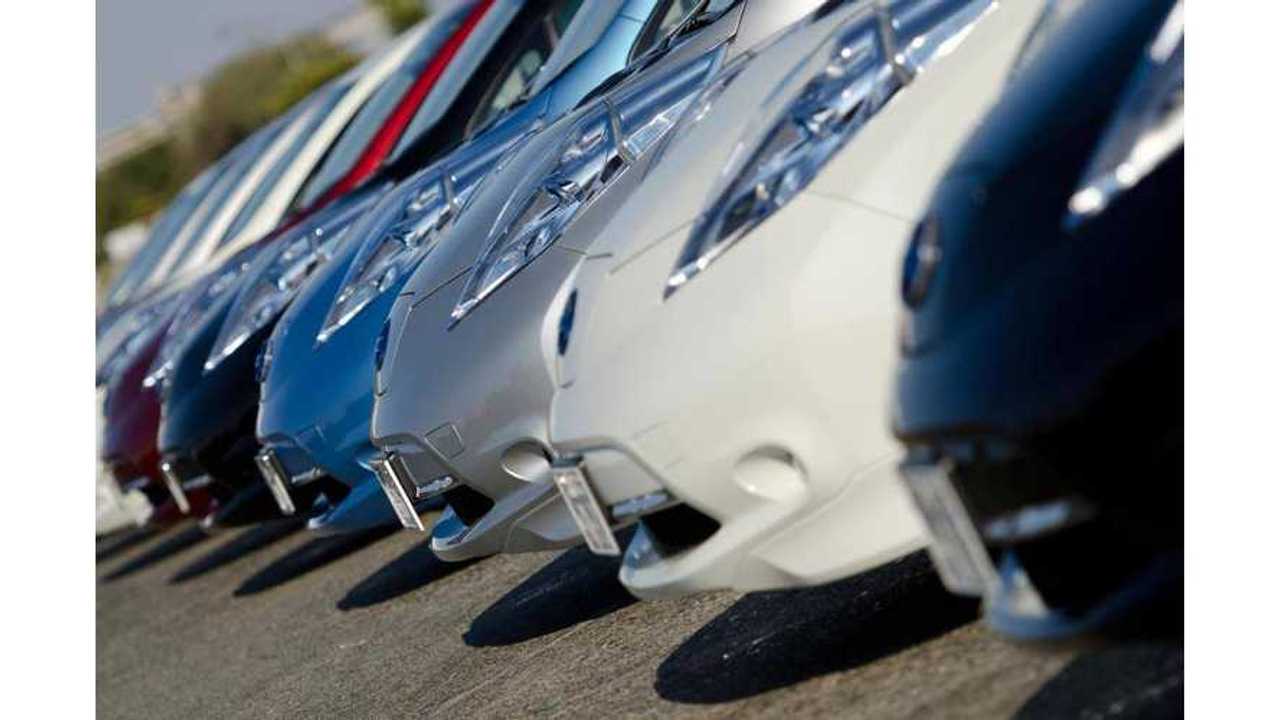 "My Electric Avenue" seeks 10 potential future Nissan LEAF owners in the UK who are clustered together in a single are to test out a unique smart-charging system that doesn't tax the grid's ability to quick-charge several electric vehicles from a single sub-station.

My Electric Avenue is a consortium that includes Nissan, the Low Carbon Networks Fund and electricity provider Scottish and Southern Energy.

The whole idea behind this project is to see first if 10 EVs quick-charging in one area will even tax the grid.  If that action does, then My Electric Avenue believes its smart-charging system will solve the problem.  The system will attempt to minimize the impact of several vehicles charging at once.

Here's how Autocar describes the system:

"Scottish and Southern Electric Distribution (SSE) is teaming up with EA Technology to trial a new charging technology which will attempt to minimize the effect of 10 electric cars being charged at the same time in a locale supported by a single electricity sub-station."

"Called the Esprit, the new smart charging system developed by EA Technology is designed to ‘communicate’ with the local substation and the car chargers, balancing demand from local households with the need to re-charge the cars. Attempting, for example, to re-charge all 10 electric cars in the evening, which coincides with maximum demand from local households, would overload the local supply network."

Here's where things get a bit tricky though.  My Electric Avenue is seeking qualified applicants who are interested in leasing a LEAF for 18 months at the reduced rate of £100 ($131) per month.  But, and it's a big but, at least 10 applicants must be clustered together to be chosen to participate.  So, you'd have to line up 9 of your nearest and dearest neighbors, along with yourself, to get in on the action.  As part of the package, successful applicants get a free charger too, installation included.

If you're in the UK and, interested in participating, then we suggest ringing up some of your neighbors first to strengthen your chance of success.