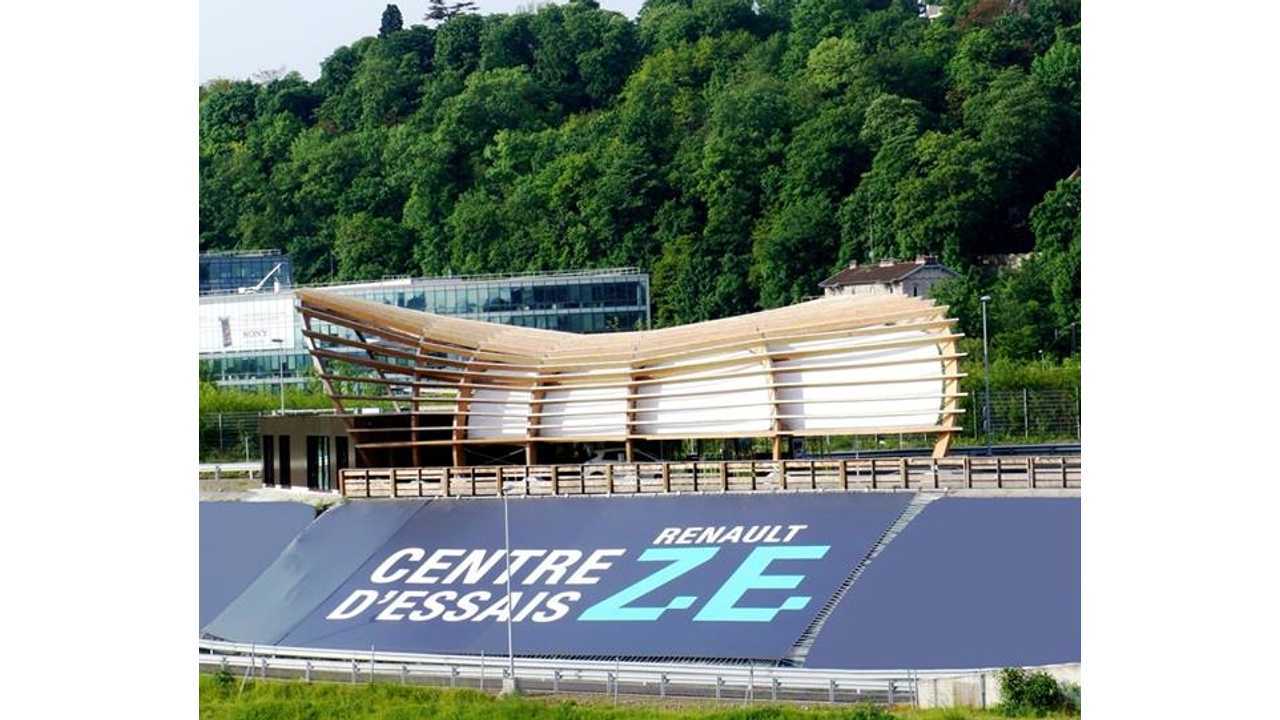 One year after its celebratory grand opening, the Renault Z.E. test center in Boulogne Billancourt, near Paris, is celebrating again.

Renault says that, at this site alone, some 21,000-plus zero-emissions test drives have been conducted.  So, Renault has single-handedly put something like 21,000 people behind the wheel of an electric vehicle, most for the first time ever.

That's an achievement worthy of celebration, but that's not why the folks at the Z.E. test center are celebrating.  It's the one-year anniversary that has 'em giddy.

Anyways, Renault further says that, at the test center, some 50,000 zero-emission kilometers (31,069 miles) have been driven and then closes with this exclamatory statement:

May the electric revolution goes on!

And we're sure it will.