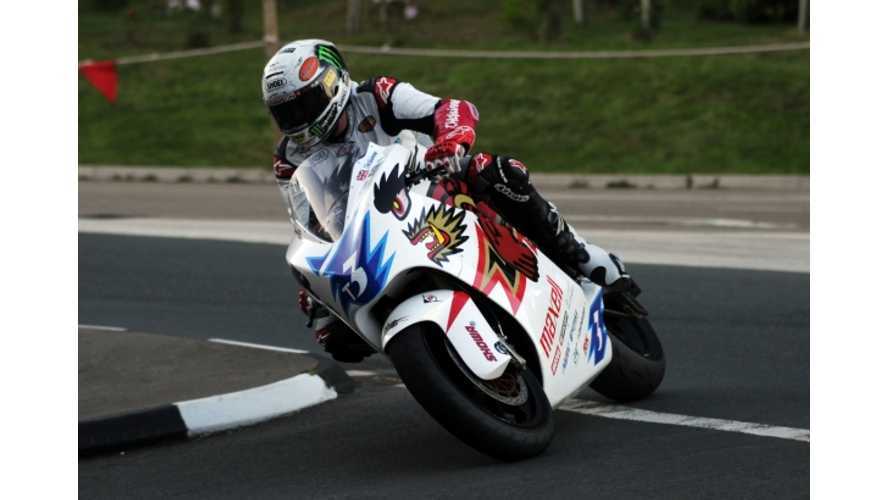 In first two days of practice on the Isle of Man, all three MotoCzysz and Mugen Motorsports riders unofficially smashed the SES TT Zero lap record from 2012, when the same three riders and the same two teams broke the 100-mph average speed record.

"TT legends John McGuinness and Michael Rutter shocked critics and supporters alike with practice laps at a record speed of 105.6 mph and 104.6mph, respectively in last night's first qualifying session at the 2013 Isle of Man TT Races for the clean emissions machines. The laps are only classed as unofficial as they were not set during a race."

Maximum speeds at this event were exceeding 140 mph.

Altogether, about 10 teams started in this year SES TT Zero race, but only these two teams, at least for now, were able to exceed 100 mph in average lap speeds.

First day results can be found by clicking here.

Sadly, this year, team MotoCzysz was lacking its founder Michael Czysz - an outstanding designer and constructor, which, because of the struggle with cancer, had to miss the event. Hopefully, Czysz returns to health quickly.

Qualifying is scheduled for Monday, and the race will take place on Wednesday.

Exciting times for fans of electric two wheelers, that's for sure.