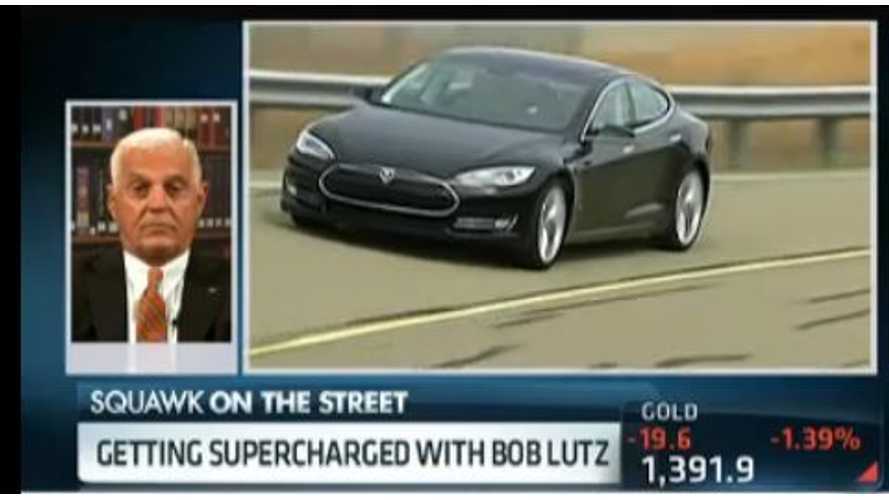 Bob Lutz, former vice chairman of General Motors and spearheader of the Chevy Volt, sat down for some interview time with CNBC.  The topic?  As unusual as it might seem, Lutz was there to discuss Tesla Motors and Mr. Elon Musk.

"For the generalization of electric vehicles you really need three things.  You need cars that can go at least 300 miles on a charge. You need rapid recharging capability. And you need affordable pricing. So far, Elon Musk's Tesla has achieved two out of the three. They are a long way away from mass-market pricing."

Of course, Lutz, champion of the Volt and now a Fisker Karma supporter, couldn't resist the urge to point out that he still believes extended-range electric vehicles are more suitable right now:

"I always say that the electric car future is definitely coming, because batteries will accept more charge, the cost of batteries will come down, fast charging will happen.  But the whole thing is five to 10 years away."

Lutz still pessimistically says that he'd be surprised if pure electric vehicles represent 10 percent of the total automotive market by 2025.

But when it comes to Tesla, Lutz seemed a bit more optimistic, though there's still an underlying tone of negativity in his comment.  As Lutz stated:

"People are not buying electric cars because they want to save money.  Tesla is riding a wave of very favorable publicity, and people are buying the car because it's the cool thing to do."

Looking for more Lutz-isms? Check out the CNBC interview where Lutz almost gushes over Musk and Tesla...Almost.