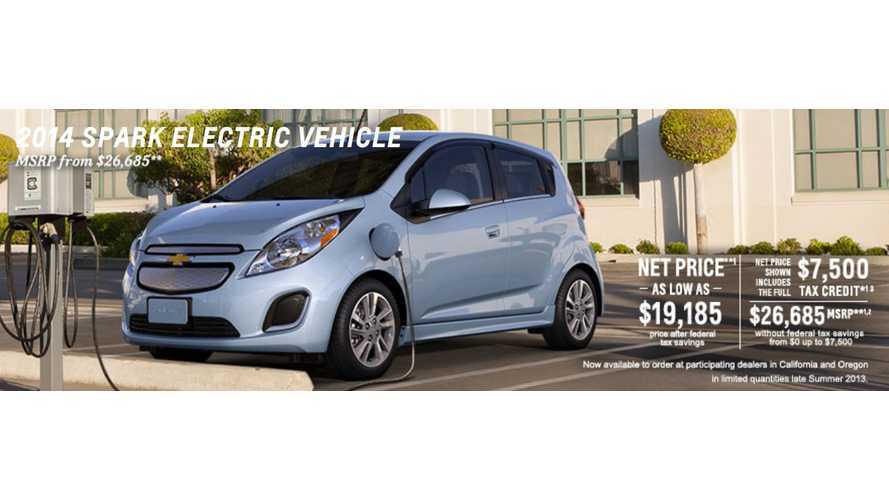 Heck Even the Honda Fit EV Now Costs Only $259 Per Month to Lease...Collision Coverage Included...Unlimited Mileage

Recently however, other manufacturers such as Nissan, BMW, Chevy, Honda and Fiat, have been stepping up their marketing and sales efforts in order to compete with Toyota’s sort-of-electric-ish giant.

But how do you break into a market whose specific client base is so dominated by a single vehicle?  And, is there a way to convince buyers to make the conversion from gas-burning hybrids to pure electric vehicles? For these manufacturers, the answer is to get creative.

Often the biggest sticking point for electric cars is the price tag.  To counter this, the federal government and certain states are offering tax incentives for EVs.  Georgia is offering an income tax of $5,000, and the federal tax credit is, as we all know, $7,500.

But the money-savings for electric vehicles doesn’t end there.  Anyone who has owned a car knows just how expensive it is to fill it up with gas.  Imagine being able to cut out the majority of those expenses.  Of course, you will now have to charge your car, but the cost of charging an electric car is much less than the cost of filling it up with gas.

On top of these money-saving incentives, automakers like Nissan are offering further deals. Nissan decreased the base price of their electric option, LEAF, by over $6,000, making the EV now an ultra competitively-priced option, at just over $21,000.  This price decrease has dramatically increased the number of LEAFs sold this year alone.

And the people at Nissan are certainly not the only ones to have caught on.  Chevrolet announced the release of its 2014 Spark EV, available for lease at a rate as low as $199 a month. What this means is that the Chevy Spark EV is now available for a low price that is comparable to that of the Nissan LEAF and even other gas-powered (yuck) alternatives.

BMW and Fiat have gone one step further though. Another common hangup that people have regarding EVs is the fact that a four-hour charge is required every 80 miles (or so, depending on the vehicle and charge rate of course).  This need for frequent charging can make an electric vehicle less than ideal when it comes to cross-country road trips. Many buyers are willing to overlook this slight snag because of all of the cost benefits of an EV.

But BMW and Fiat have come up with a solution that addresses this problem head-on.  BMW solves the problem by offering a free loaner car with each i3 purchase, with a limit for how many times they can use the loaner per year.  Fiat, too, is offering up to 12 days per year of free rentals through Enterprise, which could come in handy for more than just your average road trip.

What all of this shows us is that, not only are more automakers offering solid EV options, but they are now offering deals to make these vehicles attractive to even the general public.

It sort of seems that automakers are now willing to offer whichever deals are necessary to convince us to at least try electric out. And for as long as they keep benefiting us, we are more than content to let them keep doing so!  Bring on those deals!