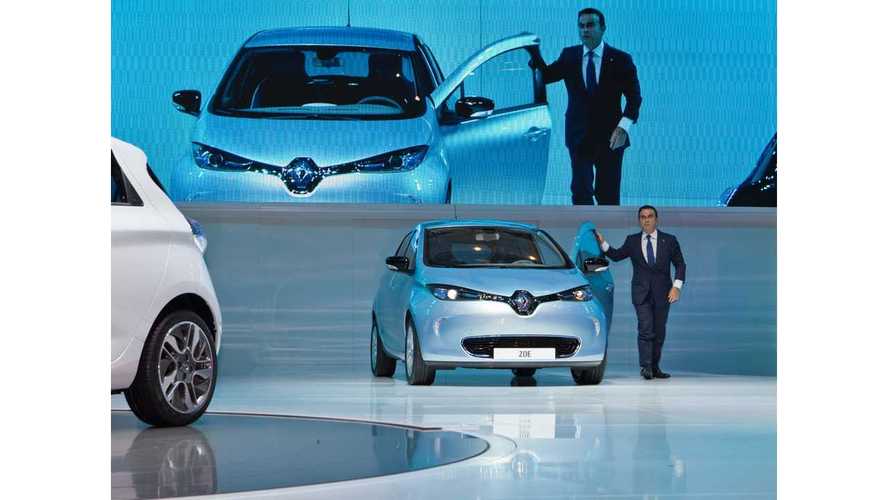 In a recent interview in France, Carlos Ghosn - CEO of Renault-Nissan - stated that he expected the Alliances cumulative sales of electric vehicles to soon exceed 100,000!

If this happen - and it eventually will, most likely before 2013 ends - Renault-Nissan will become the first automotive group to surpass that milestone.

Of course, the largest chunk of those sales belong to the Nissan LEAF at 62,000-plus units.  On Renault's side, with 4 electric models to work with, sales check in at roughly 24,000.  The breakdown works out close to this:

Zoe will soon eclipse Fluence Z.E. sales though and could shoot to the top of Renault's EV chart by the end of the year.