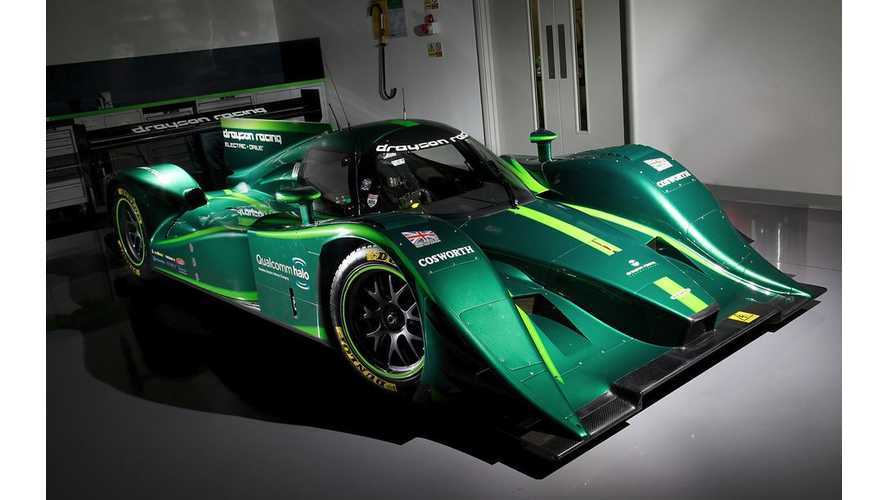 Lord Paul Drayson hopes to shock the world with a 200-mph record-setting run scheduled for June 25 at RAF Elvington Airfield in the UK.

Drayson will pilot the Drayson B12 69 electric down the 1.86 -mile runway in an attempt to shatter all existing records for electric vehicles under 2,205 pounds.

The current record in the UK in that weight class stands at 151.6 mph.  The worldwide record has been locked in at 175 mph for the last 40 years.

Though 1.86 miles seems long enough to achieve such a speed, the FIA records only the average speed over a measured mile.  That gives Drayson 0.4 miles to get up to speed, then he must maintain that speed for 1 mile prior to screeching to a halt.  So, yes, it's far more difficult than it might initially sound.

You need loads of power to achieve speeds of over 200 mph in less than one miles, that's why the Drayson electric pumps out some 800 hp.

Unique to the Drayson racer is its four-motor system, with two powering each of the vehicle's rear wheels.  There's a carbon fiber cell underneath the fancy bodywork and somewhere within lies a 30-kWhn battery pack.

Let's hope Drayson eclipses that 200-mph mark and thereby proves to the world that electric and speed can be synonymous.