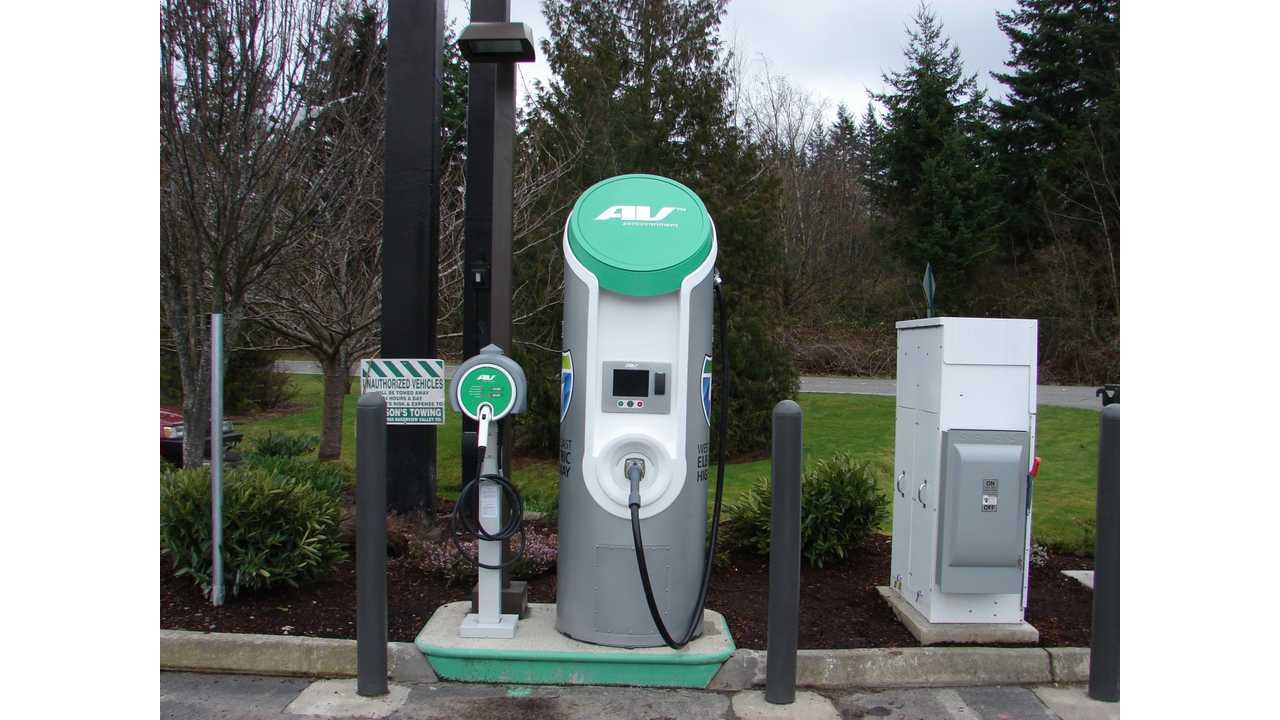 Earlier this month, Nissan and Car Charging Group announced a partnership to install 48 DC quick chargers in US before the end of 2013.  But the most interesting bit of information that we found was in Car Charging Group's 10-K SEC filling.

Car Charging Group stated that all 48 devices were already purchased from Aerovironment in March. Moreover, the total price was $792,912, which works out to $16,644 per CHAdeMO DC quick charger—almost surely that is for a 50-kW unit (without installation costs).

"On March 28, 2013, we purchased 48 fast chargers from Aerovironment at an aggregate cost of $792,912.  The Company entered into joint marketing agreement with Nissan North America for which among other matters requires us to build, own, operate and maintain a network of 48 fast chargers throughout the United States and create an auto dealer network promotion and referral program so as to facilitate sales of electric vehicles to their potential customers. Revenue received from the agreement on March 29, 2013, $782,880 is deferred and recognized ratably over the three year life of the chargers upon installation.  We are required to install the network by December 31, 2013."

What else is news?  Well, it seems that Nissan will pay some $782,880 to Car Charging Group over three years of successful operation of the quick-charge units.

48 quick chargers is the biggest order to date for AeroVironment. Notable here is that Car Charging Group has never before invested in DC quick chargers.  Maybe this marks a turning points of sorts with others moving mostly from AC to DC network, too.  It's also likely to be easier to make money be operating DC quick-chargers, as compared to lower powered AC units.