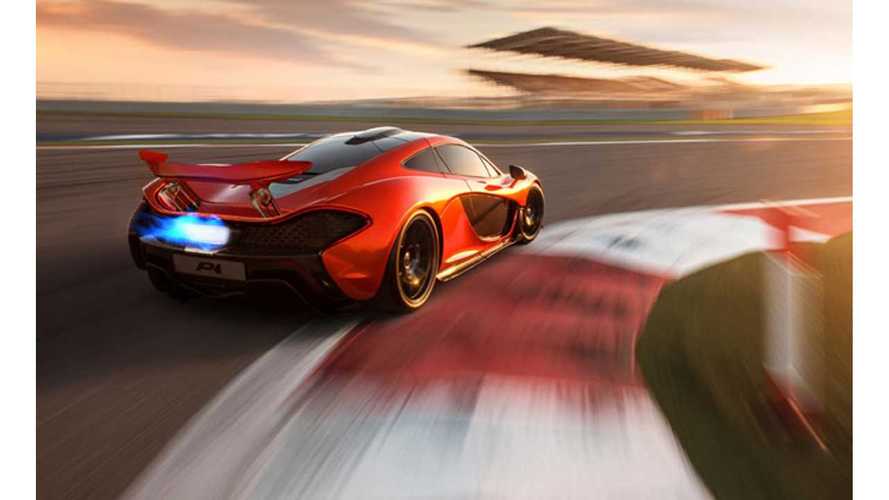 The stunning McLaren P1, that near-$1 million hypercar that happens to plug-in, has graced these pages on several occasions now, but never were we aware of how it electric gear actually functions.

Fortunately for us, Autocar has uncovered those details.

First, here's on rundown on the P1's specs:

Okay, so with those figures in mind, here's how the plug-in McLaren makes use of electricity to get the job done, so say Autocar:

P1 in See Through Trim

The system has been dubbed IPAS (for Instant Power Assist System). The electric motor weighs 26kg and is more than twice as powerful as a KERS system, producing 176bhp versus the KERS set-up’s 81bhp.

The IPAS system’s battery weighs 96kg and has six modules, each carrying 56 cells. Power can be transferred between cells, to ensure the maximum battery power is always available. The P1 can run on electric power alone at up to 99mph and  has a 6.5-mile range based on the combined European driving cycle.

The electric motor is used to sharpen throttle response and increase peak power. In addition, at the press of a steering wheel-mounted button marked ‘Boost’, it can deliver its 176bhp for up to 20 minutes, depending on the battery’s charge and the operating temperatures.

The battery charges using surplus power from the engine, or it can be plugged in and charged in two hours on a standard charge or 10 minutes on a fast charge. The V8 engine can also be used as a generator in preparation for electric use. McLaren took the decision not to recoup power from the brakes, as it felt the loss of brake feel far outweighed the benefits.

And that's all she wrote, so to say.  Think of the McLaren's electric setup as the ultimate overboost feature.  It can instantaneously add 176 hp to the mix and its ability to dole out that power immediately is what McLaren credits for the P1 lightning quick 0 to 62 mph time.  See any other features of interest in the P1's electric system?