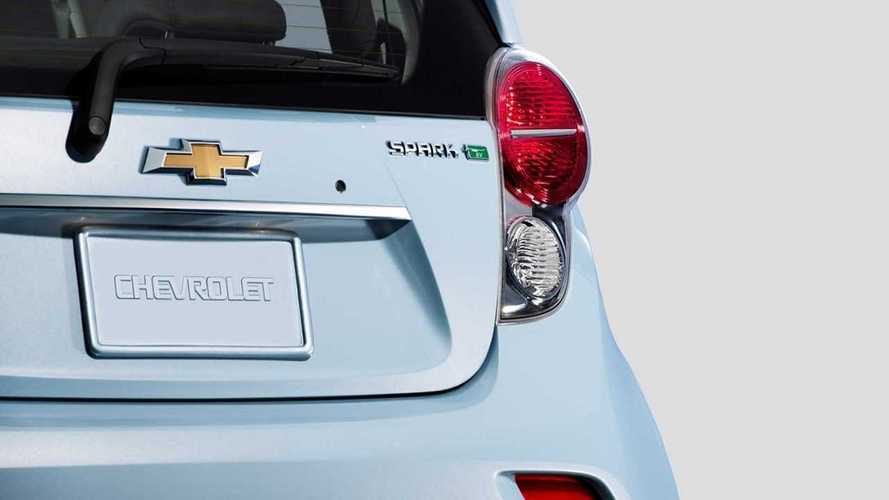 It was October of 2011 that General Motors announced the Spark EV would go into production.  Now, just a few weeks before the first electric Sparks are scheduled to show up at select Chevrolet dealerships in both California and Oregon, GM has finally priced it.

The Choice Of Donor Car For GM's First Fully Electric, Mass Produced, Vehicle May Come Back To Haunt Them

$27,495 (incl dest).  And a collective "Really?  That's a lot cheaper than expected" was heard from the plug-in community.

“The Chevrolet Spark EV is the most efficient – and now one of the most affordable - EVs you can buy.  Combined with outstanding infotainment and great design, the fun-to-drive Spark EV is engineered to impress.”  -  Chris Perry, vice president, Chevrolet Marketing

But will it sell well?

Given that Chevrolet is tepidly launching the Spark EV only in California and Oregon, and offering it as a fleet only vehicle in Canada, GM knows it is not going to be an easy sell in North America.

If the General and avid followers of electric cars have learned anything in the almost two years since the Spark EV was green-lit for production, it is that electric car conversions of existing models are not met favorably.  Check out the 2013 year-to-date sales of plug-in vehicles:

Discounting the two months that Nissan had run out of LEAF inventory as they waited on the new 2013 model to arrive, the worst performing month from a "unique" plug-in (Chevrolet Volt @ 1,140 units) out sold the best month of any converted plug-in (Toyota Prius Plug-In @ 874 units) by a wide margin.

The best selling conversions in the US, the Prius Plug-In and the C-Max Energi,  have a lot going for them.  Their plug-in versions are extended range plug-ins of a very popular model, and those electric versions also offer a value proposition for customers already in the showroom looking at that model.

In other words, the customers buying the Prius plug-in (and to some extent, the C-Max Energi) were not necessarily looking for an electric car from Toyota or Ford, they were looking for a Prius or a C-Max...and ended up getting one with a plug attached.

This was/is a major reason was Toyota was never thrilled about introducing the plug-in version of its best selling hybrid to America; a good portion of the plug-in Prius sales are actually bastardizing the higher trim level/higher profit margin on standard hybrid Prius offerings.

Looking at it another way, the only mildly acceptable sales results for "conversions" are from the players where there is little to no premium over the standard trim level.

Lyle Dennis, Co-Founder Of InsideEVs, Takes A Volt Mule Out For A Spin In 2009...Essentially It Was A Cruze Plug-In At The Time

If General Motors decided to not not reshape/rebadge the Chevrolet Cruze and turn it into a Volt, but rather simply introduced a Cruze plug-in to the market, it would not have enjoyed the same stature or sales that is has today.

A Cruze plug-in, like previous hybrid conversions from GM that have failed to gain traction, as customers would likely find the cost proposition of the vehicle simply too high against its gas trim level.  Buyers surely would have difficulty paying an extra $20,000 for a Cruze that had 38 miles of electric range.  The payback, at least in terms of dollars and cents would never come.

In the above scenario, a lot fewer electric car buyers are going to plunk down $39,135 and be seen in what appears, at a casual glance, to be a $17,130 Cruze, as opposed what you see today packaged as a Chevrolet Volt.   Likewise, few buyers with the means of purchasing a $27,495 electric car, are likely going to want to tie their wagon to what also appears to be a $12,995 car in the Spark EV.  Dollars spent elsewhere, can get them a unique, purpose built electric vehicle.

Although The LEAF And The Spark EV Are Separated By Less Than Two Thousand Dollars, What You Get In Return Are Two Very Different Cars

Besides that, there is the car itself.

A model which first debuted in concept form in 2007, and went into production elsewhere in the world in 2009, only to bow very late into its model life in the US to fill a gap at the bottom of GM's product lineup.  Truth be told, GM has never done the small car segment particularly well, and that is probably because they really don't want to be in it...and the Spark continues that trend.  Which is why electrifying the Spark is a curious choice.

What GM wants to do with the Spark, is to up sell would-be customers into the US made, higher margin, Sonic and the Cruze. US sales of those three vehicles bears that out:

And you don't have to take my word that the Spark is not that great a platform to electrify.  Check out JD Power's recently released survey of 16,000 car owners in the UK.  Of the 116 qualifying cars rated for "owner satisfaction,"  the Spark finished at number 116.  Dead last.

For these reasons, and despite some impressive electric numbers on paper,  we figure the Spark EV will not be a commercial success.  We imagine that most sales, past the EV's initial release, will come like the Prius plug-in, via conquest sales at the dealership level, and primarily from those that either can't get into a Chevy Volt, or who see a value proposition from the $199/month lease over that of a regular Spark.  Very few are likely to be an outright purchase.

While GM is to be commended on the Chevrolet Volt; a car that was well conceived, and well executed, the Spark EV is not an adequate follow-up for such a masterpiece...and we feel that many electric vehicle purchasers will simply look to "find new roads" in something other than a Spark EV.