2014 Kia Soul EV Headed to US? Let's Hope Because Its Rumored Specs Impress 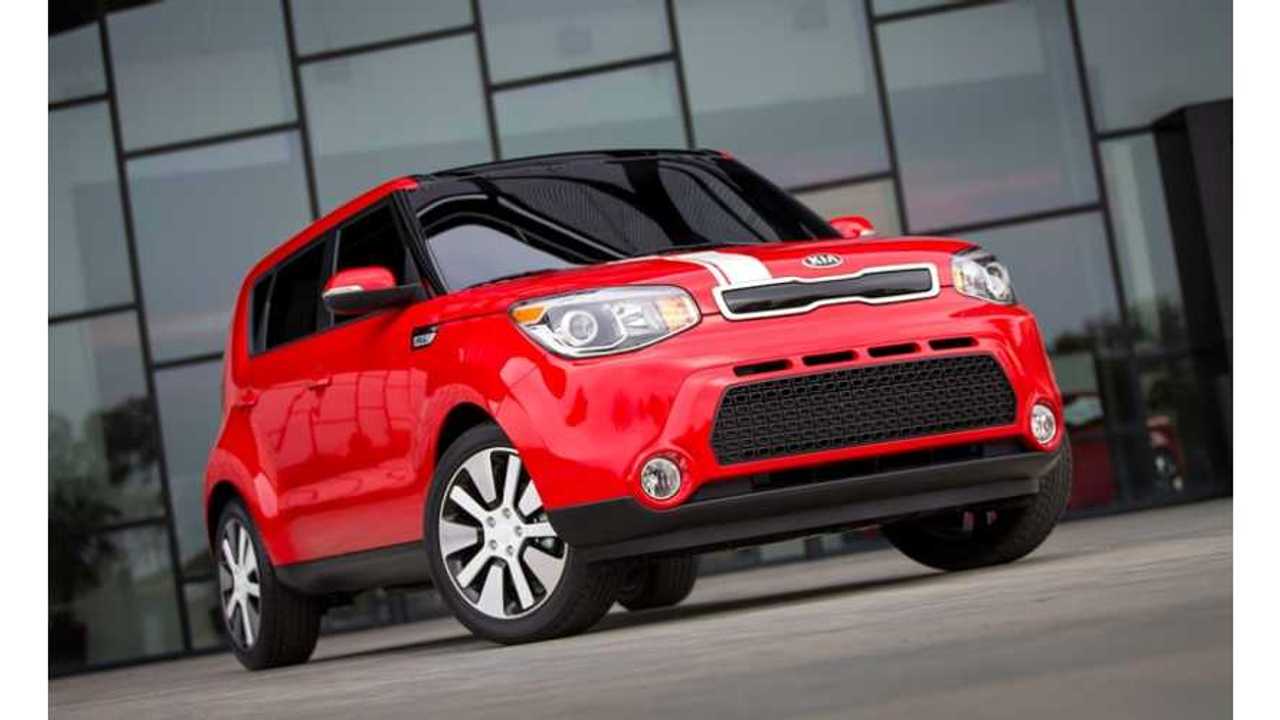 Remember the Kia Ray EV?  It was that electric version of the Ray offered in limited production form only in South Korea.

This Redesign Has Soul Written All Over It

Well, as a follow up to the Ray, Kia is reportedly working on something with more soul, as in the Soul EV.

Apparently, the Kia Soul EV is expected to launch in full production form in the first half of 2014.  Most importantly though is that this electric Kia is US-bound, or so the folks at Kia-World say.  It's reportedly headed to Europe and China, too.

It's believed that a formal unveiling of the 2014 Soul EV will happen soon and when it enters the production cycle, it'll become the first mass produced electric from Hyundai-Kia.

No details on the Soul EV have been formally released by the automaker, but Kia-World speculates that these specs below will be attached to the production electric Soul:

"It’s also expected that the Soul EV will be more competitively priced than the smaller Ray, with sources saying that it could sell for around KRW 40 million ($35,000)."

Again, nothing is set in stone here, but at $35,000 (we're assuming this is a prior to federal tax incentive price) and with a range of 124 miles (probably determined under Japan's JC08 test cycle), the 2014 Soul EV looks to be a competitive electric entry.

And we've always rather liked the funky Soul, so here's hoping it's indeed US-bound and that it specs live up to the numbers presented here.