Plug-In Vehicle Sales in US Roll Past 100,000 Unit Milestone 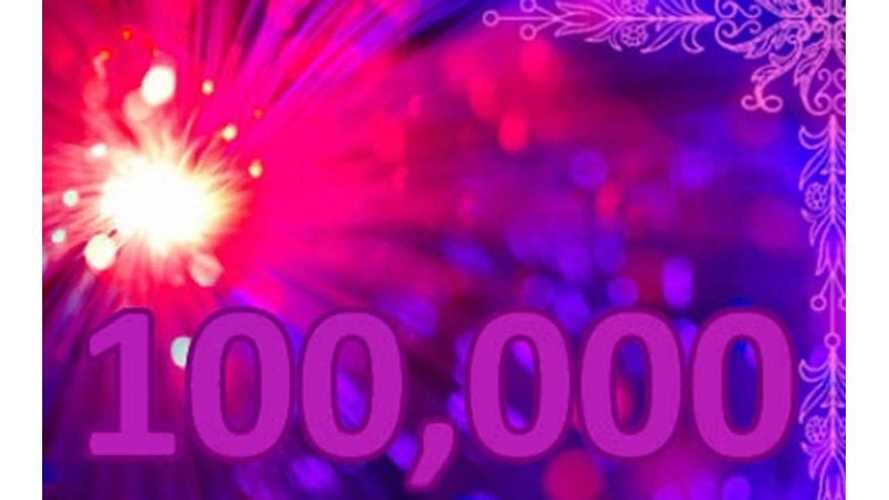 "In a first for American transportation, the U.S. plug-in car market will pass a significant milestone this month: the 100,000th plug-in vehicle sold since the introduction of the latest generation of highway-capable plug-in vehicles just over two years ago."

That's the word from plug-in advocacy group Plug In America who has tracked sales with a counter on it site that's regularly updated based on "data from the most recent published sales reports."

“Our current estimate, based on monthly sales figures from automakers, is that the 100,000th highway-capable plug-in vehicle will be sold on May 20."

Here some additional highlights related to this historic moment, according to Plug In America: