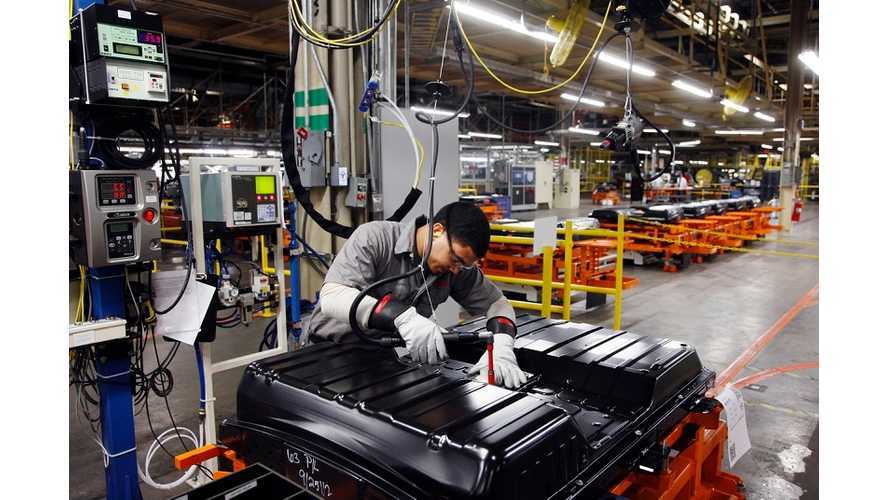 Today's future prediction post is here and this one's a capacity is king in the battery world.

According to a report from Navigant Research, lithium-ion battery technology isn't disappearing anytime soon.  Evidence of that is in Navigant's prediction that the total worldwide capacity (calculated in kWh) of lithium-ion batteries used in transportation applications will soar to 49,ooo MWh by 2020.  That's ten times the capacity of 4,400 megawatt-hours (MWh) expected to be produced in 2013.

David Alexander, senior research analyst with Navigant Research, had this to say of the findings presented in the report:

"Li-ion technology continues to improve, as increased energy densities translate into smaller and lighter battery packs with more power.  At the same time, leading battery cell manufacturers have built new factories utilizing the latest production techniques, including greater automation and faster throughput. This will lead to a reduction in the cost per kilowatt-hour (kWh) over the next few years, provided that volumes continue to increase."

If there was a breakthrough battery on the horizon capable of challenging lithium-ion, then Navigant's prediction probably wouldn't be so optimistic.

Yes, solid-state is out there.  So too is lithium-air, but for the next 7 years or more, lithium-ion seems destined to power the transportation sector

Driving this lithium-ion growth will be primarily battery electric vehicles (BEVs), says Navigant.  This is simply because BEVs tend to use higher capacity battery packs than do PHEVs.  And since Navigant's growth prediction is based on capacity, it make sense that BEVs will be the primary driving force behind the tenfold increase.