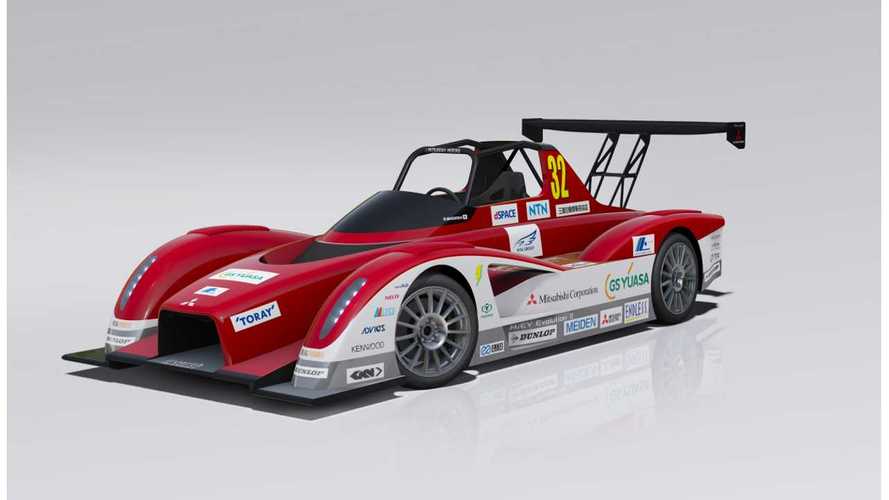 This year, Mitsubishi aims for first place and will field two MiEV Evolution IIs to maximize its chances. Behind the wheels will seat Hiroshi Masuoka - two-time winner of the Dakar, and Greg Tracy - eight time winner of the Pikes Peak International Hill Climb on a motorcycle.

The upgraded MiEV Evolution II is equipped with a four-wheel drive (4WD) four-motor powertrain with 400-kW of power (4 x 100 kW), which is significantly more then 260 kW from three-motors last year. Stronger motors need more energy, so Mitsubishi decided to extend the battery pack from 35 to 50 kWh. Lithium-ions batteries, of course, come from Lithium Energy Japan, who sources units for the production car, i-MiEV.

The MiEV Evolution II is an all-new all-electric racecar designed with data and knowhow gained from last year's Pikes Peak race, based on parts from production electric vehicles including the i-MiEV. It carries an array of advanced technologies improved from last year's i-MiEV Evolution packed into a specially-designed lightweight and aerodynamic body, including a high-capacity battery and four high-output electric motors for improved motive performance in addition to a pipe-frame chassis and a carbon cowl for reduced weight and improved aerodynamics. Superior motive performance, handling, and stability are made possible in the MiEV Evolution II with:

The legendary mountain race, which is scheduled for 30 June, will take place for the 91st time. The high altitude and high, almost constant motor load, favors electric vehicles over ICE ones. Thus, it promises to be a very interesting event, which may  go down in history as electric vehicles overcome their internal combustion counterparts in an equal fight without handicap