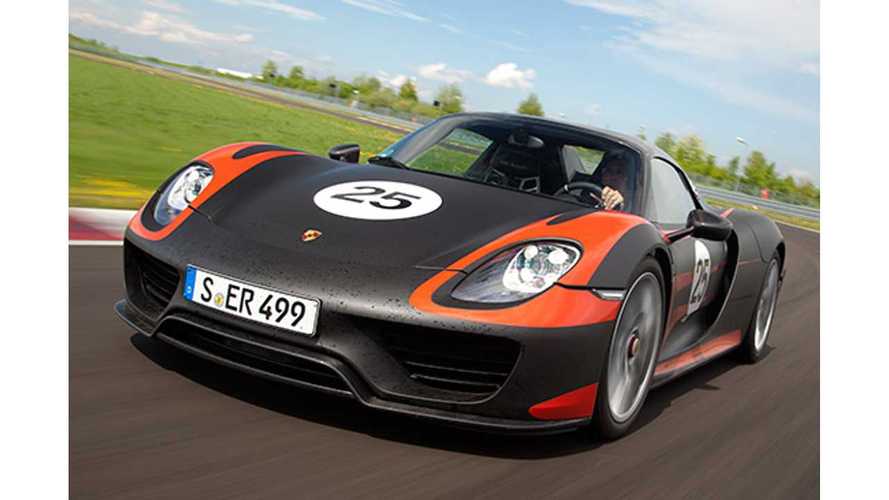 "The 918 Spyder embodies the essence of the Porsche idea: it combines pedigree motor racing technology with excellent everyday utility, and maximum performance with minimum consumption. The task faced by the development team was to create the super sports car for the next decade with a highly efficient and powerful hybrid drive. Developing the car from scratch, appropriately beginning with a sheet of white paper, allowed the team to come up with a no-compromise concept. The entire car was designed around the hybrid drive. The 918 Spyder therefore demonstrates the potential of the hybrid drive to a degree never seen before: the parallel improvement of both efficiency and performance without one being at the cost of the other. This is the idea that has made the Porsche 911 the most successful sports car in the world for 50 years. In short, the 918 Spyder will act as the gene pool for the Porsche sports cars of the future."

That's the spectacular Porsche 918 Spyder, a vehicle that takes a plug-in hybrid setup to the extreme.

Exclusive (only 918 units will ever be produced).

Boasts up to 18 miles of electric-only range.

Costs a bit shy of $1 million.

And it's not sold out.

Options cost a few arms and both of your legs though.

If you're the sort of Porsche geek like this writer is, then you'll want to gloss over the gallery of images, skim the specs further down below, watch the informative video and then head to Porsche's site where you'll find an incredibly long explanation of exactly what makes the 918 Spyder an extraordinary machine.