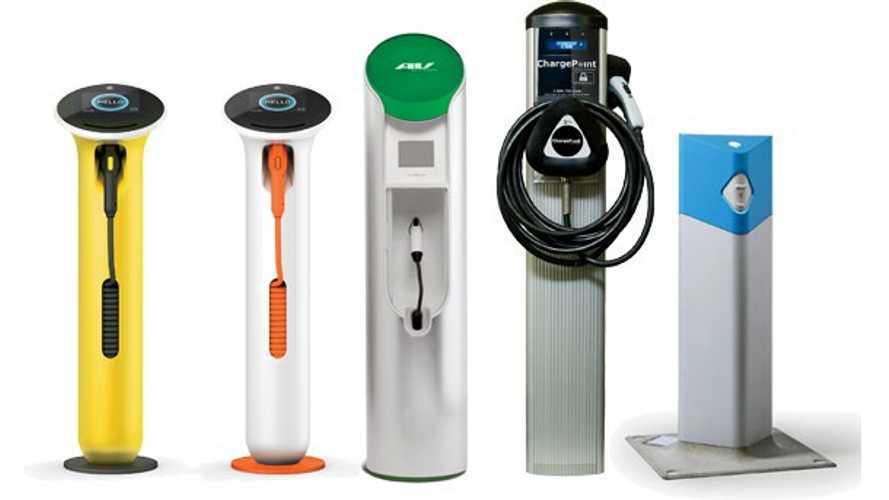 The total amount of charging stations around the world is expected to grow tenfold by 2020, says IMS Research.

But How Many of These?

A few nations will lead the charge.  IMS says the US, China, Japan and Germany will be the countries that most strongly support electric vehicles by installing the necessary charging infrastructure.

IMS says certain nations will have no choice but to install more chargers.  Alastair Hayfield, associate director at IMS Research, added this statement:

"While volumes may not reach the levels imagined in the hype of 2009, it is clear that there needs to be charging infrastructure in place to support this change in mobility."

IMS further says that the lack of an adequate charging infrastructure is already hindering sales of electric vehicles in some countries, most notably here in the US.

It's long been argued that most charging will always take place at home, but we won't say that public chargers aren't needed, too.

And as we've stated here before, chargers and electric vehicles seem to follow the oft-quoted phrase from "Field of Dreams"...If you build it, he will come.   Well, it's sort of like that.