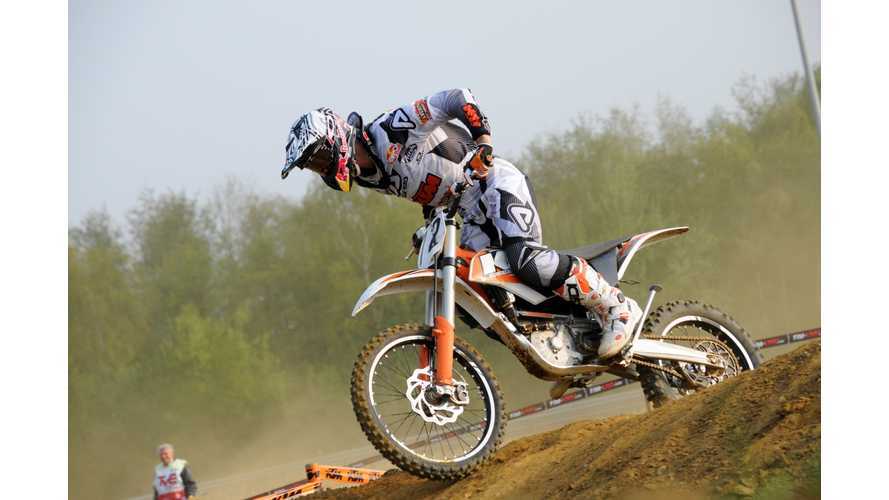 Stefan Everts ,a retired motocross racer from Belgium who is a 10-time world champion in different classes (125cc, 250cc, 500cc and MX1-GP), with 101 wins under his belt, added another one - this time on electric bike.

Everts won KTM event E-MX on May 2, the event was held on the Circuit Zolder in Belgium in the Freeride E contest.

After some practice time, qualifying pre-lims and two qualifying races, in which each competed six machines, the best players faced in the final race (see videos below).

“I had tested the KTM Freeride E before but I didn’t know what to expect from a race. And because I have quit GP racing seven years ago I certainly didn’t expect to win here against all these young guys,” said Stefan Everts after the podium ceremony. “For sure this bike is different than a motocross bike but you can have great time on these motorcycles anyway. And that’s exactly what we did!”

Visitors could also see Zero and Quantya electric bikes on the display, but only KTMs were running (it appears) in this event. Perhaps next time we will see some competition in this area to compare the  performance of different models.