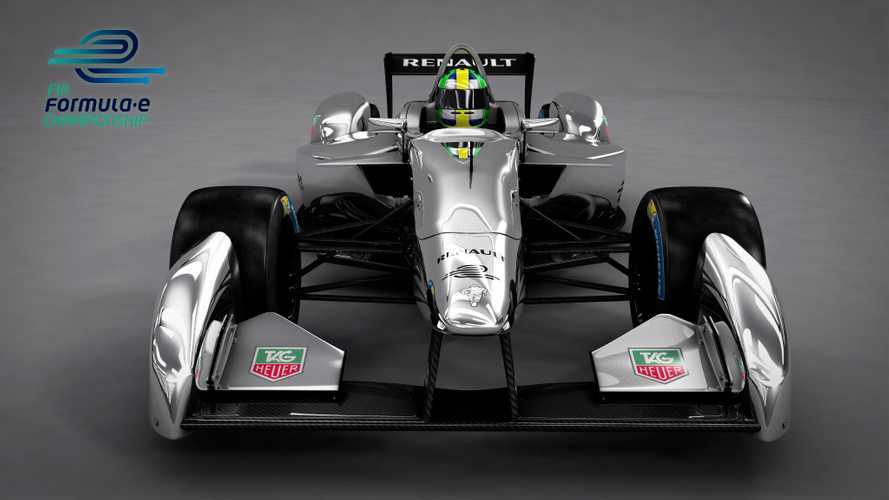 Showing that Renault is interested in not only just building electric cars, but also support the greater industry surrounding them, the company has signed on as the official Technical Partner of Spark Racing Technology (SRT) to supply the Formula E cars to be entered in the FIA Formula E Championships. Renault and SRT will design and build 42 Formula E single-seaters named “Spark-Renault”.

“Renault and Formula E both share the same commitment to innovative technology and sustainable motoring and we’re delighted to welcome them to the Championship as a Founding Partner,” said Alejandro Agag, CEO of Championship promoter Formula E Holdings.

“Not only is Renault one of the world’s leading car manufacturers, with a very successful motorsport pedigree, it is also a pioneer for electric vehicles being the first full-range car manufacturer to market zero-emission vehicles. To have a manufacturer of this calibre onboard is a great testament to the growing appeal of the FIA Formula E Championship.”

The electric cars (4 for each of 10 teams) will be used in the first season in 2014. The decision for every team to have 4 cars was made in lieu of a fast charging option or battery swaps (which Renault has probably had their fill of by now),  FIM has decided to swap whole cars (likely 2 cars per driver).  For next season, when more prep time is available, teams will get chance to run their own cars.

“Engineers from Renault Sport F1 and Renault Sport Technologies will collaborate with Spark Racing Technology team to optimize the electric and electronic layout and performance of the powertrain. Our experience will be particularly valuable to ensure the safety and reliability of the car”

In 2014. FIM wants to hold a total of 10 rounds of racing around the world - of which,  we already know 9 locations already.  Of them 2 are in the US, two races in both Los Angeles and Miami.  While the newest city to be added to the international roster is Bangkok (Thailand), with the remainder in Rio de Janeiro, Rome, Buenos Aires, London, Beijing and Putrajaya in Malaysia.

As for the entrants,  two teams have officially confirmed participation in the Formula E 2014 season - Drayson Racing Formula E Team and China Racing, both which wants to build their own cars in 2 or 3 years.