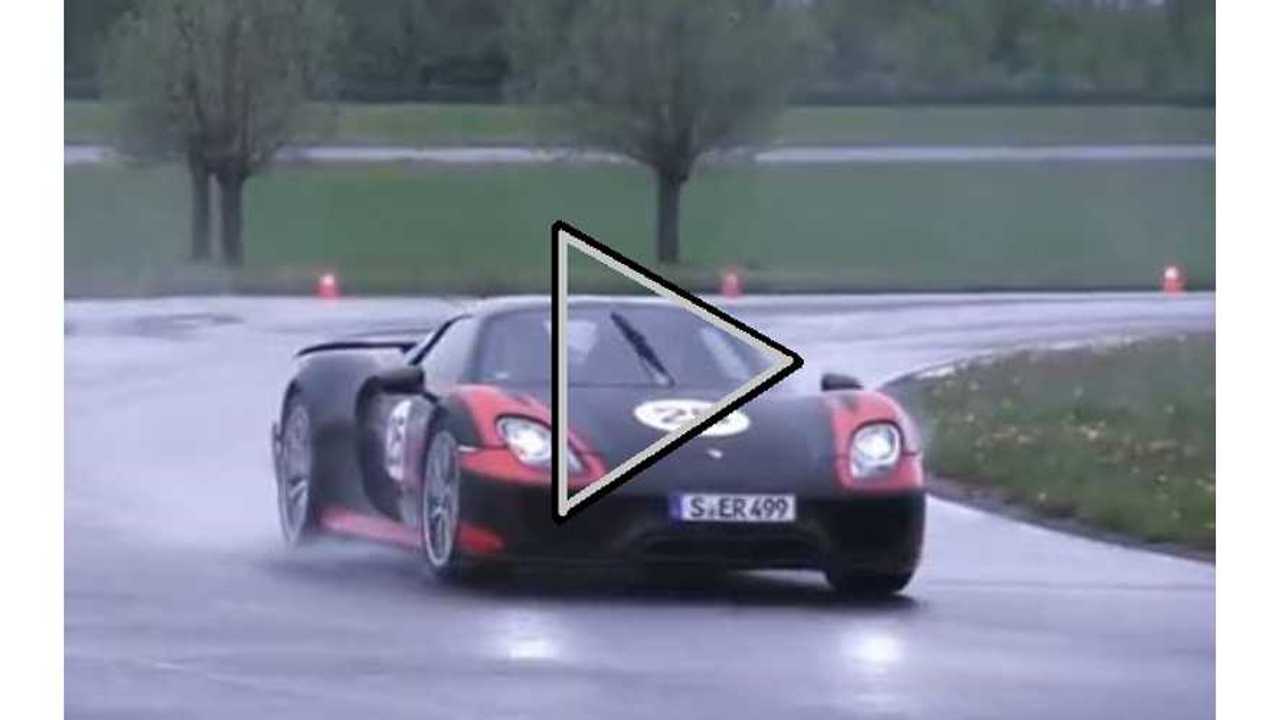 Tweaks have been made as the Porsche 918 Spyder plug-in hybrid is an ongoing work in progress.

Porsche now says this radical plug-in pours out 887 horsepower and 940 pound-feet of torque, though both figures may still increase (as if it needs more grunt) before the 918 enters productions later this year.

This here 16-plus minute video is from Drive's Chris Harris, who explains the 918 in a detailed sort of way before hitting the track for a brief go.  As Harris states:

"It's not a finished car, and there was virtually no time, but when Porsche asks if you want a quick spin in a development 918 you get on the plane."

Here’s the rundown on the "old specs" the 918 Spyder had to offer (note: it's more powerful and quicker now):