Tesla's Elon Musk Tweets "Supercharger Announcement Pushed to Next Week. Something Else This Week" (UPDATE) 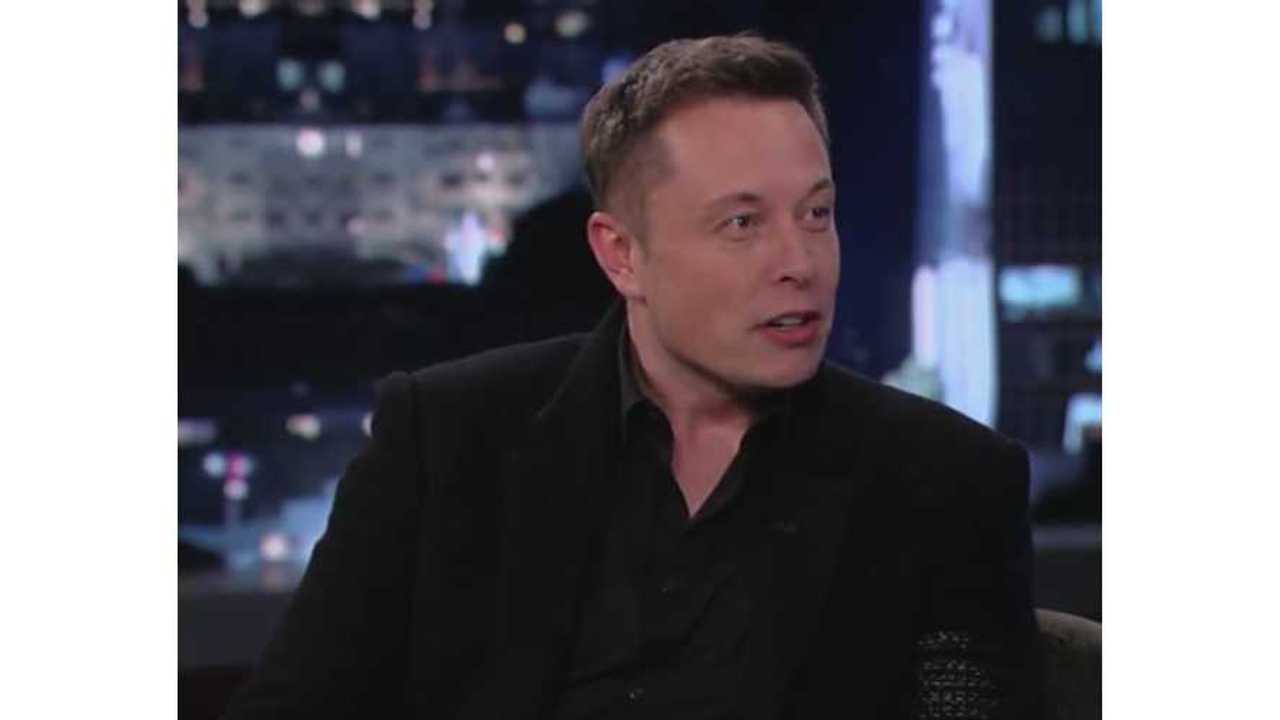 Something Must be More Important Than the Supercharger Announcement...Wonder What Is? (May 14 Tweet)

There's a big Supercharger announcement coming from Tesla Motors, which we assume will be plans for expansion of the now-limited network, but ahead of that announcement is "something else," according to a recent tweet from Tesla CEO Elon Musk.

What's this "something else?"  Perhaps Musk's earlier May 9 tweet (see below) foreshadows what's in the works at Tesla.

The Supercharger announcement will conclude Tesla's lengthy list of notifications/updates for now, but Tesla is slotting in a surprise announcement, which will likely pour out this Friday.

There's been speculation that Tesla will announce something related to battery swapping and even talk of some sort of range-extending battery that fits in the Model S' "frunk" (front-mounted trunk), but as of right now, both of those guesses lack evidence that would tie either into this week's announcement.

So, what's coming next?  Any guesses?

UPDATE: Nothing too exciting, actually.  That is, unless stocks are your game.  See press release below (we bolded a couple of the highlights):

Palo Alto, CA – May 15, 2013 — Tesla Motors, Inc. (NASDAQ: TSLA) announced today offerings of 2,703,027 shares of common stock and $450 million aggregate principal amount of convertible senior notes due 2018 in concurrent underwritten registered public offerings. In addition, Tesla has granted the underwriters a 30-day option to purchase up to an additional 405,454 shares of common stock and $67.5 million in aggregate principal amount of the notes.

In addition, Elon Musk, Tesla’s Chief Executive Officer and cofounder, intends to purchase shares of common stock at the same public offering price for an aggregate purchase price of $100 million. Of this amount, approximately $45 million would be purchased in the common stock offering, and approximately $55 million would be purchased directly from Tesla in a subsequent private placement due to the waiting period requirements of the Hart-Scott-Rodino Act.

The aggregate gross proceeds of the offerings, including the options granted to the underwriters, and the private placement is expected to be approximately $830 million. Tesla intends to use the net proceeds from the offerings to prepay Tesla’s outstanding loan from the United States Department of Energy, pay the cost of convertible note hedge transactions and for general corporate purposes.

The notes will be convertible into cash and, if applicable, shares of Tesla’s common stock. The interest rate, conversion price and other terms of the notes are to be determined.

In connection with the offering of the notes, Tesla intends to enter into convertible note hedge transactions and warrant transactions which are generally expected to prevent dilution up to 100% over the offering stock price. In connection with establishing their initial hedge of the convertible note hedge and warrant transactions, the hedge counterparties or their affiliates expect to enter into various derivative transactions with respect to our common stock concurrently with or shortly after the pricing of the notes, including with certain investors in the notes.