Do Record Sales of the Nissan LEAF in Germany in April Show Domination Over Plug-In Hybrids? 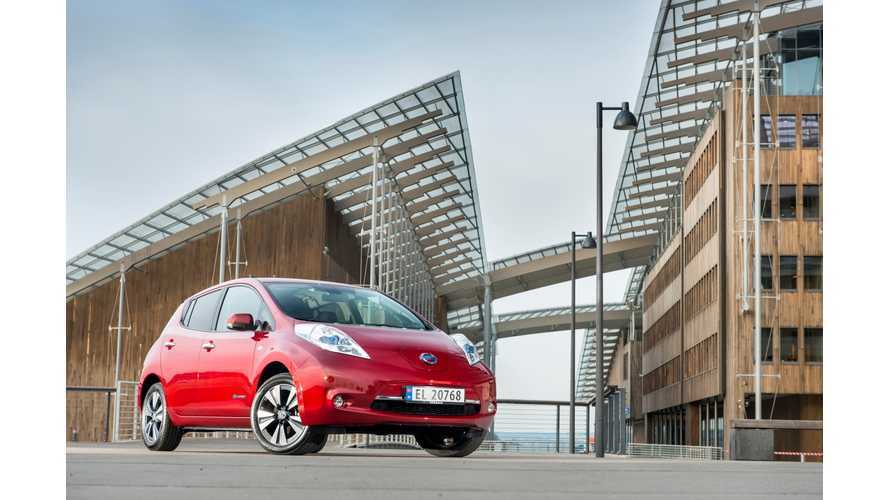 Last year, Nissan sold only 451 LEAFs in Germany.  This year, there is an upward shift in those numbers.

Yep...It's a Hot Seller in Germany

After just four months, LEAF sales in German clocked in at 241 units, thanks to a record-breaking April, when 191 LEAFs were delivered.

It's hard to say if LEAF sales in Germany will remain high, but this 2013 start is a positive sign.

Moving away from the LEAF, we see that 262 Citroën C-Zeros were sold in Germany thus far in 2013, but only 2 in April.  Year-to-date sales for the Peugeot iOn check in at only 27 and sales of the Mitsubishi i-MiEV total only 39 units after the first four months of 2013.  The Renault Zoe, which recently hit the German market, sold 43 units for the year.

What is important to point out here is that sales of electric vehicles are slowly growing in Germany, despite no incentives.  Additionally, electric vehicle outsell plug-in hybrid in Germany by a significant margin.  Total sales of the Opel Ampera dropped from 828 in 2012 to only 100 units after the first four months of 2013.  In April, only 19 Amperas were sold in Germany.

It would seem like it's getting close to the time for General Motors to slash the price of the Chevy Volt and its near-identical foreign siblings.  Don't you think?