What Is This? Volkswagen Testing An E-Up!, With A CHAdeMO Connector? 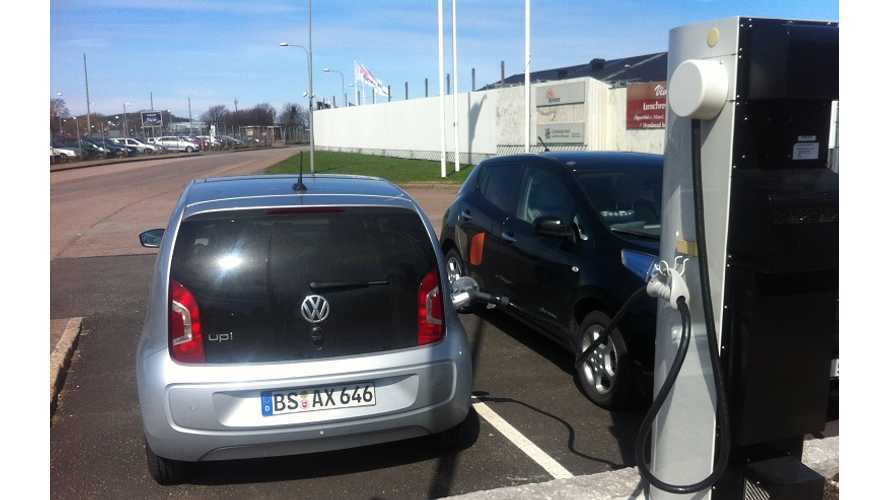 Gordon Strömfelt, a Swedish electric vehicle enthusiast, published in early May on his blog an interesting photo of the Volkswagen E-Up! connected to a CHAdeMO quick charger in Gothenburg.

It is an unusual image for sure because the German manufacturer, together with Audi, BMW, Daimler, Porsche, Ford and General Motors, opted to use of Combined Charging System (CCS) connectors.  So, what's up with this CHAdeMO E-Up!

Implementation of such a connection in the E-Up!, which will enter production later this year, seems to indicate that the German manufacturer is examining the possibilityCHAdeMO , or perhaps just temporarily using CHAdeMO quick chargers in the testing program because CCS points aren't ready.

Anyways, this is quite an unusual sight that must put some smiles on the CHAdeMO Association directors faces.

Last year, we also found that Audi equipped the R8 e-tron with a quick-charge CHAdeMO inlet alongside 3-phase IEC 62196-2 Type 2.