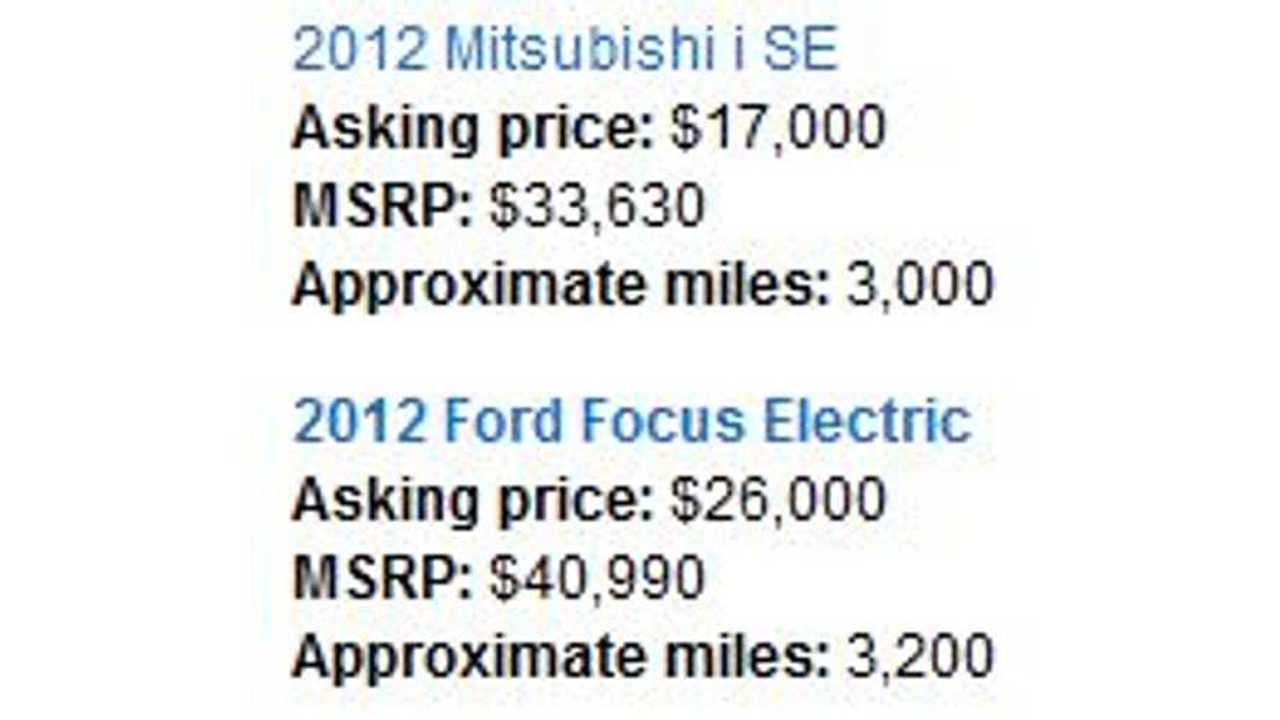 "Does Tesla envy have you pining for an affordable electric car? Well, we just happen to have two test cars that we need to sell to make room, and funds, for new cars."

CR Will Sell its Mitsubishi i Too

So says the folks at Consumer Reports.

In case you weren't aware, Consumer Reports purchases all of its test vehicles.  It does not allow automakers to provide it with testers, as that's a questionable practice, says Consumer Reports.  So, any vehicle to be reviewed by Consumer Reports is purchased directly from a dealership, with the dealer having no knowledge of the fact that it's selling a vehicle to the world's leading consumer magazine.

This practice leaves Consumer Reports with loads of vehicles that have underwent full testing and are no longer needed by the folks at the magazine.  Consumer Reports typically offers these vehicles to its "staffers" at a reasonable price.  If none of the "staffers" jump at the chance to buy, then the vehicles are offered for sale to the public.

Here we present two of those vehicles, both of the electric variety: the Mitsubishi i and the Ford Focus Electric.

In trying to pitch these electric vehicles to the public, Consumer Reports states this:

"The cars have been well cared for, with low miles. The money from the sale of these, and all cars purchased for testing, goes back in our budget for acquiring future test cars. And in case you're wondering, being a non-profit organization, we did not benefit from a tax credit."

"If you are interested in these electric cars, you can save significantly over the price as-new and take delivery at the Consumer Reports test track in East Haddam, Connecticut. We'll even give you a tour of the facilities and a few laps on the handling track in your new car."