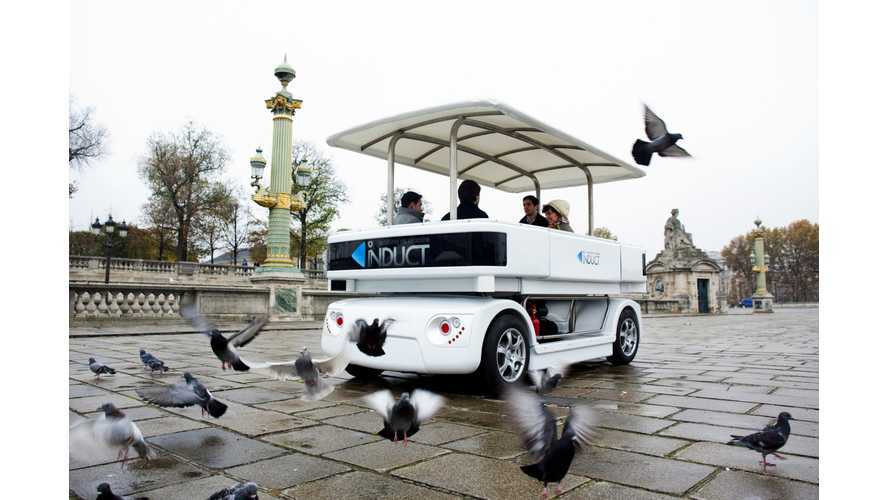 Small French start-up Induct Technology has been demonstrating in recent months its autonomous vehicle, the Navia.

The golf cart-ish bus-like Navia is capable of hauling eight passengers and has been available for use by residents of Lyon and Luxembourg.

Once again we see supercapacitors mentioned, though we thought they had died off.  INduct Technology says, depending on the variant of Navia, it is equipped with lithium-polymer batteries or or supercapacitors.

The battery option should let Navia function for a few hours, the second option, basically non stop.  Induct says the trick supercapacitors can be wirelessly charged at every stop on route within 15 seconds.  Behold the magic of supercapacitors.

It is hard to say if we will see something like this in commercial operations, but these kind of autopilot vehicles are definitely a smart idea, especially in city centers full of tourists.

Below you'll find videos of trial rides with passengers.