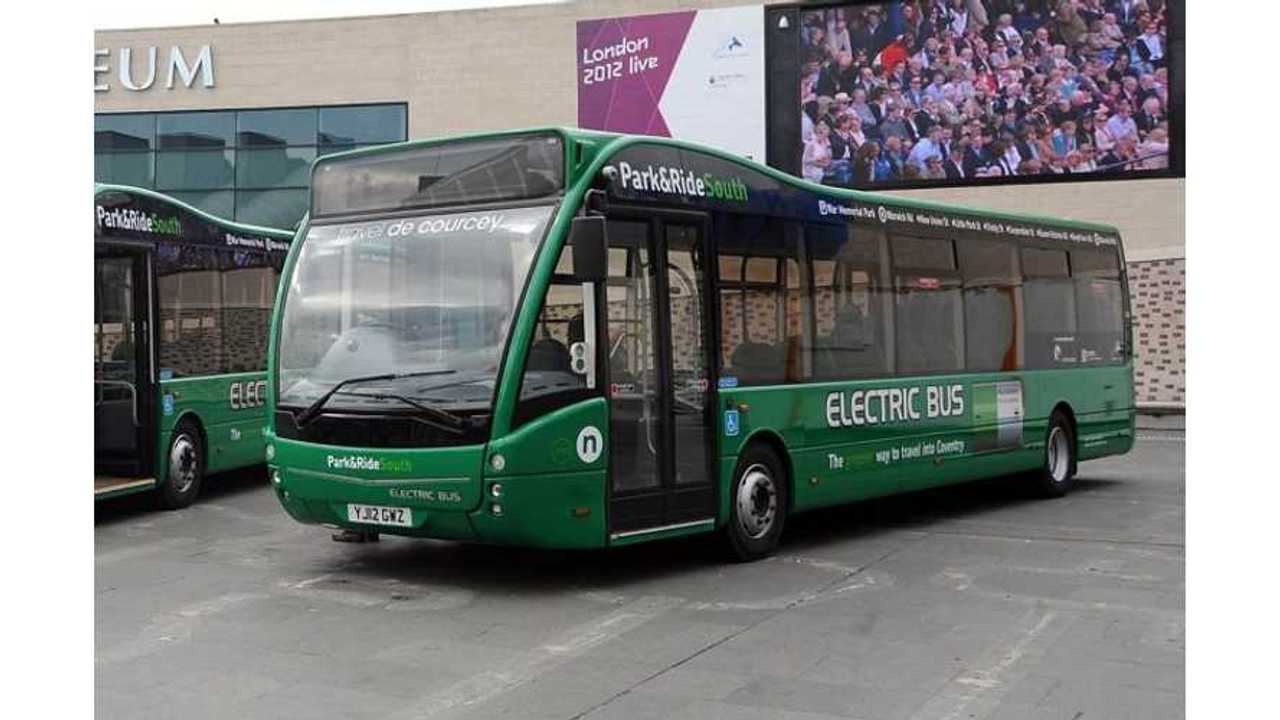 The Nottingham City Transport fleet will likely purchase 10 copies of the Optare Solo SR EV and 10 of the Optare Versa EV, although the final ratio may change slightly.  Since Nottingham already has eight Optare Solo EV buses in regular operation, it's likely the English city will soon have the largest fleet of electric buses in the whole of Europe.

The press release indicates that all electric buses will be equipped with quick-charging.  It can be assumed that, as in the case of the Versa EV in Coventry, the quick-charge setup will be CHAdeMO style. It's interesting that each bus has two CHAdeMO inlets, which seems necessary given the bus' battery capacity of over 100 kWh.

For the city of Nottingham, the bus order of over £4 million will be partially funded by the UK government's Green Bus Fund.

According to earlier reports, one Versa EV bus costs in the neighborhood of £240,000, depending on how its equipped in terms of options.

It's worth mentioning that Optare electric buses are British constructions but with a heart from the US.  The supplier of the electric-drive unit was Enova Systems and the lithium-ion battery comes from Valence Technology. It's not clear who will replace Enova Systems as the electric-drive supplier since Enova is essentially defunct. Even Valence Technologies is struggling to stay afloat.