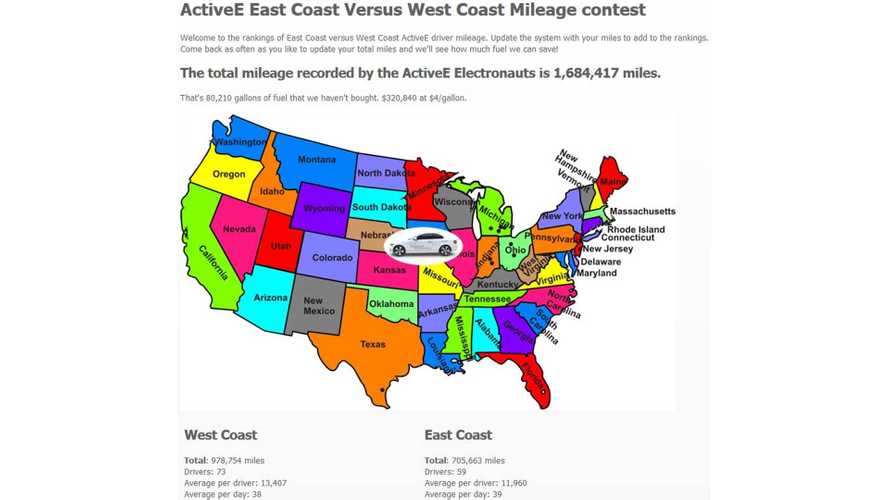 Back in January 2012, participants in the BMW ActiveE trial began taking delivery of their electrified Bimmers on both the East and West Coasts of the US.

Since that time, ActiveE drivers have racked up some 6-plus million miles, which is well documented in this post on BMW's "Electronaut Effect."

Even though BMW's official site is rather comprehensive, we'd thought it'd be worthwhile to share some additional information on the ActiveE trial results from a site called Wotnogas.

This site is simply a compilation of data from some of the 700 ActiveE drivers in the US.

All we'd like to point out from this data is that the average ActiveE lessee in this limited group drives roughly 38.5 miles per day, a figure which is well above the national average.

Additionally, there are a couple of ActiveEs out there that average close to 100 miles daily (96 and 99 to be exact) and that one ActiveE is approaching 50,000 miles.