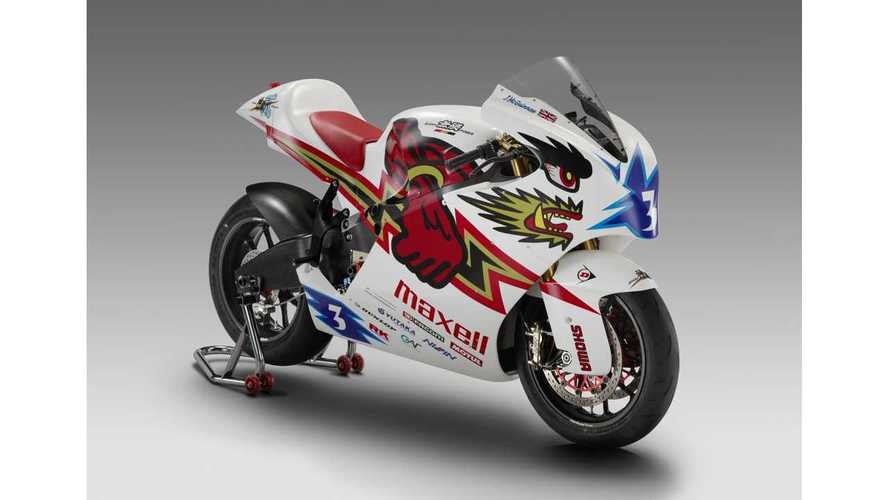 Mugen Shinden 2, the second iteration of a Japanese electric motorcycle designed to devour the competition at SES TT Zero at Isle of Man, is ready to roll.

Last year, John McGuinness, already a 19-time victor at the Isle of Man TT, piloted Mugen Shinden past the century mark of 100 mph average speed (102.215 mph) on the famous circuit. McGuinness was just shy of Michael Rutter's mark set on a Motoczysz bike.

The new version of Shinden will benefit from less weight, optimization of the motor output characteristics and increased energy content. Furthermore, revised aerodynamic bits will complement the overall performance package of the machine.

Team Mugen is targeting over 110 mph average speed for this year's race, which will be held early June.

It's not clear if this kind of improvement will be enough to win because last year's winner, Motoczysz, also announced a huge 20% improvement on battery capacity ahead of this year's race.