Officially Official: Tesla Is Top Selling EV Maker In The US, Increases Sales Estimate For 2013 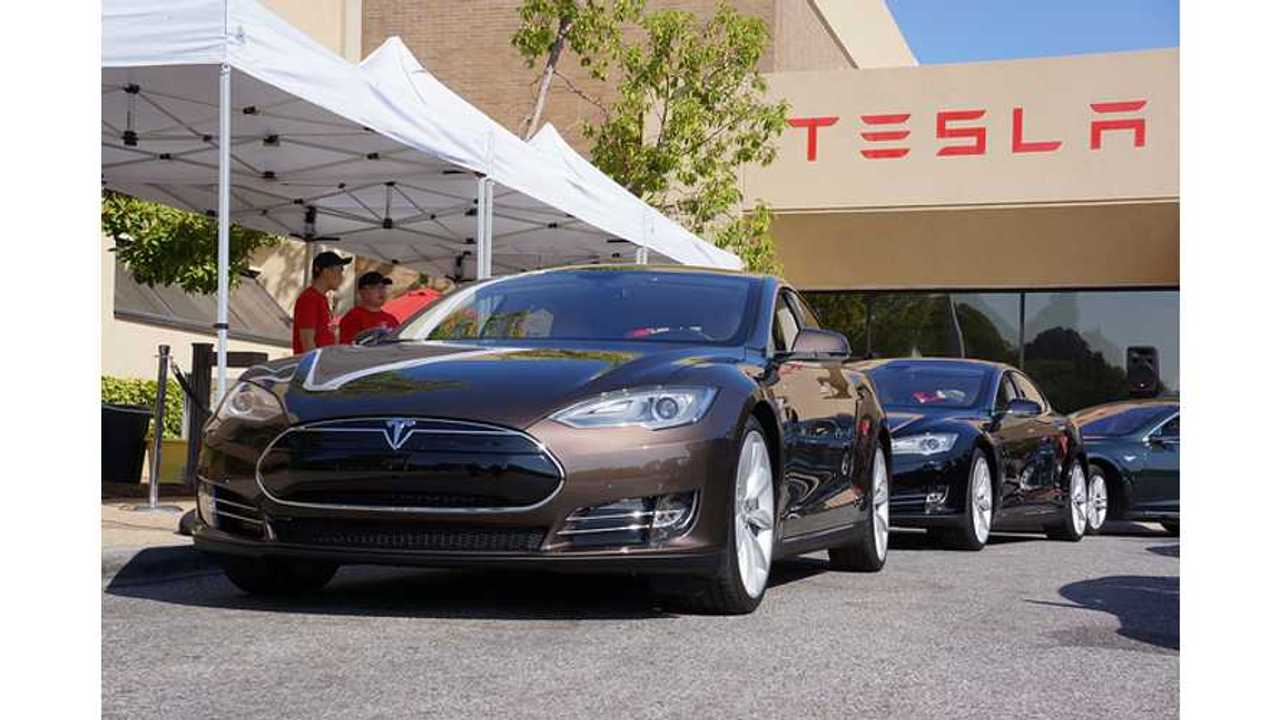 Every month we dutifully report on all the plug-in sales that happen in the United States, and every month we have to put an (*) asterisk beside the Model S, as Tesla steadfastly does not report monthly sales.

...except for 4 times a year.  During earnings season.

Yesterday, Tesla reported a much high than expected profit of $15 million dollars, on $563 million in revenue; with that last number being $63 million higher than the street expected, which means Tesla sold even more electric sedans that originally estimated.

Sure enough, the company said an extra 150 cars were sold more than the 4,750 that Tesla had estimated in early April.

Which means for the first time in 2013, the asterisk can die and we can report with a certainty that the Model S is America's best selling plug-in vehicle in the first quarter of 2013.

Here are the sales results through March of 2013 for North America:

In fact, the lead is so great, we can pretty much guarantee the Model S retained its crown through April as well...although the asterisk now has to return once again. In addition to confirming sales numbers to date, Tesla's financials revealed that the company forecasts production to ramp up even more than expected in the second half of the year, while also raising full year sales guidance from 20,000 cars to 21,000.

Which means Tesla is on pace for an easy win for 'US Sales Champion of 2013' right?  Sadly no.

While it would be a huge success story for the small, independent start-up to take the likes of Chevrolet, Nissan and Toyota out behind the woodshed for the balance of 2013, it is not going to happen.

For the US, Tesla has filled almost all the backlogged demand (the US reservation program ceased in Q1), and will turn its attention, and production, to European orders starting in June.

So how many more Model S Sedans will Tesla sell for 2013 in the United States?

For the second quarter the company says it will sell 4,500 EVs, most of which to the US, which may be good enough to hold down the number 1 spot.

However, far fewer plug-in Teslas will be sold in the second half of 2013, as cars are shipped overseas.  How much less comes to us via a timely quote on ZEV credits, with simple math filling in the rest of the picture.

"We expect (ZEV revenue) to decline significantly in future quarters, as ZEV credits will only apply to about 1/6 of worldwide deliveries, versus roughly half of US deliveries, and the price per credit has declined."

In the first quarter, Tesla says it acquired ZEV credits on 1 out of every 2 sales made in the US (for sales inside ARB states), and that for the rest of the year it will acquire them, at an average rate of 1 out of 6 sales.

That means that on the balance of the 16,100 further sales the company expects to bank, only about 5,500 to maybe a maximum of 7,500 more sales inside the US.

Which gives us around 10,000 - 12,000 in total sales inside the US (ex-Canada), leaving Tesla to battle it out with the Toyota Prius plug-in (and maybe Ford's C-Max Energi) for 3rd place by year's end.

Regardless, of where exactly Tesla finishes on the US sales leader-board, 2013 can only be deemed a success...and we can still enjoy seeing them at the top of heap for at least a little while longer.