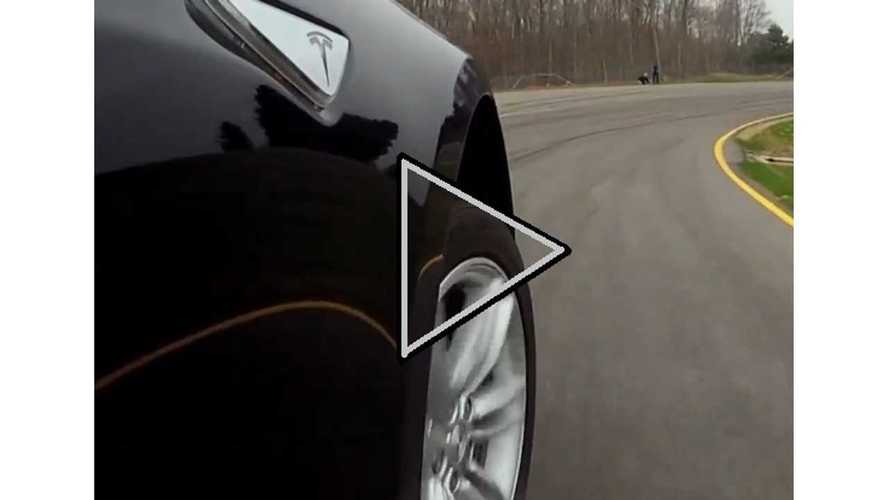 By now, most of us are aware that Consumer Reports fell head-over-heels in love with its Tesla Model S.  So much so that the magazine awarded the Model S with its highest-ever rating of 99 out of 100.

Tesla Model S Does Some Drifting

That rating—which includes all sorts of aspects of the vehicle, such as interior appointments, ride, handling, ease of use and so on—doesn't take into account the Model S' ability to slide its tail around the bends.

To test that, Consumer Reports hit the track and discovered that even at 10/10ths, the Model S is a willing companion.

Tail-out slides are accomplished with ease and the Model S has no problem powering out of the bends.

Sure looks to be a blast on the track.  Can any Model S owners out there confirm that?