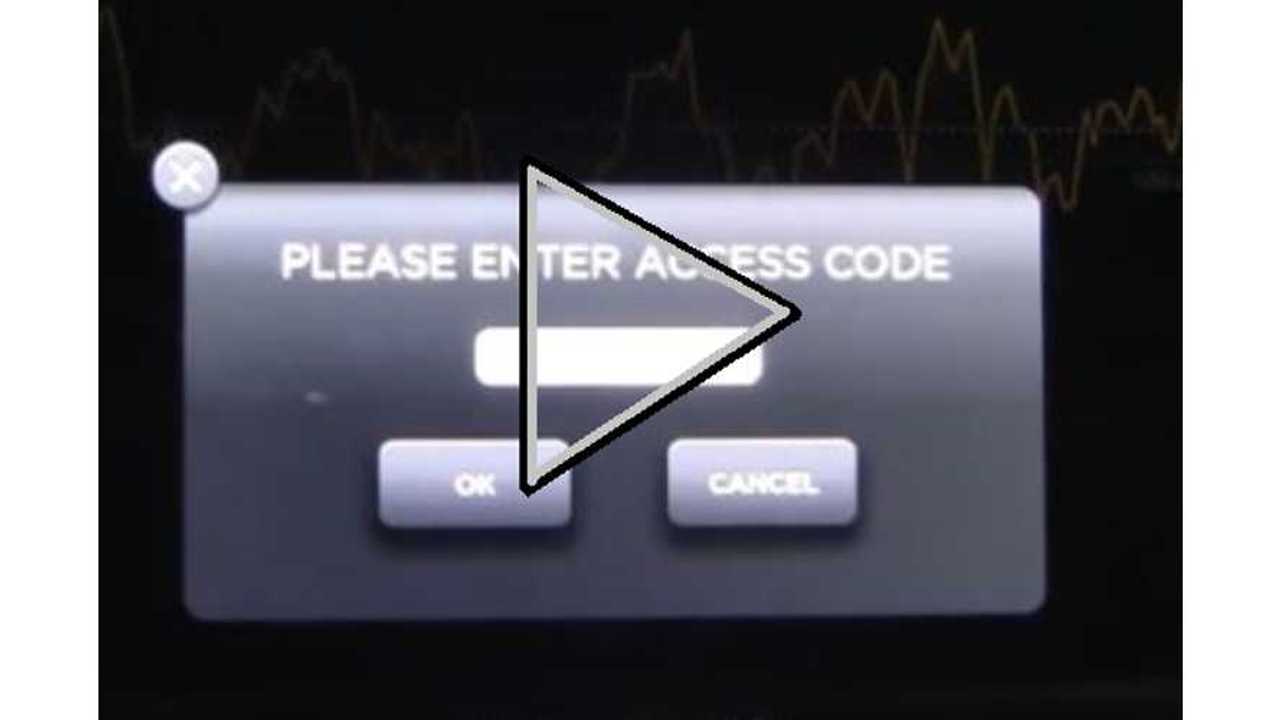 We don't suggest you tinker around here, but the folks at DragTimes have put up a video showing how to gain access into the Tesla Model S' so-called "hidden menus."

What's the Code? We Sure Don't Know

There seems to be some useful info contained within these menus, including current status of the Model S' battery management, charging and cooling systems.

Additionally, there are sliders for setting a top speed limiter and derating torque.

Some other features found in the "hidden menus" include blind-spot detection, adaptive cruise control and lane departure warning systems, none of which are currently offered in the Model S.

Accessing these "hidden menus" requires a code, which we don't know and neither do the folks at DragTimes.  Or so they say.

But the video here shows all that's hidden behind the Model S' monstrous touchscreen.

Which hidden features stand out to you?