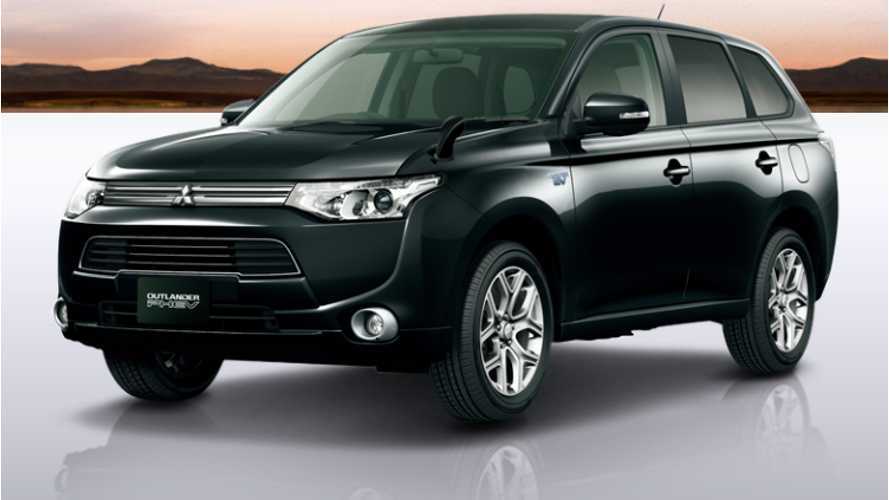 The Outlander PHEV from Mitsubishi has had a somewhat troubled debut, as the first 4,305 plug-in hybrids were recalled shortly after the vehicles release for a battery issue (think fire), as well as a separate recall of some 3,800 units for faulty control software controlling the motor drives.

Mitsubishi says those battery issues have now been put to bed, and the company can get back to the business of building electric vehicles.

Apparently the final word on the battery issue was that cells were dropped on the ground during the assembly process by plant workers, and subsequent tests on those damaged cells (that were not installed into cars), overheated when charged.

However, because the Outlander's PHEV package is unlike anything else currently available on the worldwide market today, namely a 25 mile extended range (EPA estimate), 4WD SUV for around an equivalent of just under $40,000 USD....people want it regardless of the vehicle's bumpy introduction.

And they want it bad.

Mitsubishi Outlander PHEV's 12 kWh Lithium Battery...Which Don't Much Care For Being Dropped On The Ground Before Installation

Although production resumes shortly this month at Mitsubishi's factory in Japan, the company can only build up to 2,000 extended-range Outlanders per month at the facility.

And while the assembly line has been shuttered to get to the root of the battery overheat issues, demand (and back-orders) have only grown.

At last count, it is estimated that Mitsubishi has a backlog of about 15,000 Outlander PHEVs to build, and with the vehicle still to be rolled out in many more countries, something had to be done by the Japanese company in order to fill these orders.   And it has.

While announcing their most recent full-year (2012) earnings in Tokyo late last month, Mitsubishi says that it will "consolidate the processes for installing PHEV batteries and motors from (the) subassembly line to the main assembly line," while increasing production capability of the Nagoya plant from 2,000 units a month to 4,000 per month, starting with the 2014 model year Outlander from September 2013.

We are fairly certain that anxious US customers are thankful to Mitsubishi for adding capacity, and for not making them wait an extra year in order to receive an Outlander PHEV of their own.   UPDATE:  Despite the production upgrade, the Outlander PHEV is still not expected in the US until early 2015.

Maybe Mitsu did learn something from the i-MiEV after all...build 'em when they want 'em