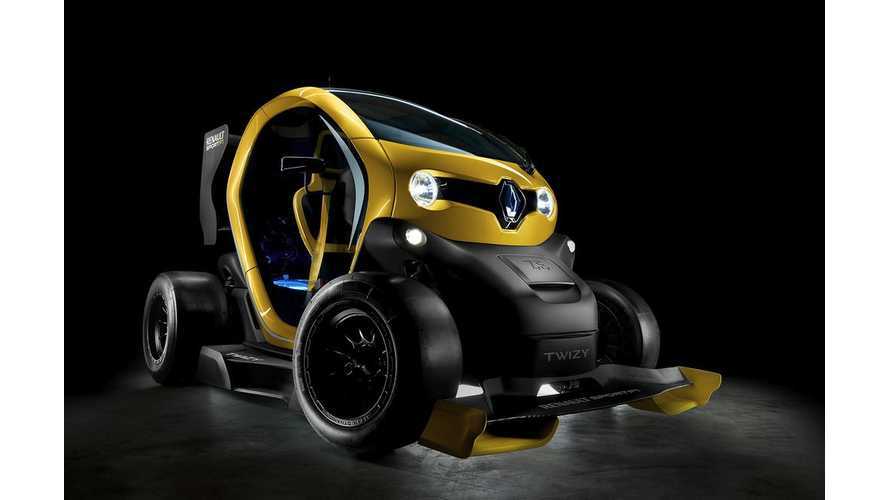 First, Renault teased the Twizy F1 with an image so unusual that we had no clue what the French automaker had up its sleeve.

Then, Renault unveiled its radical and now headline-grabbing Twizy Renault Sport F1 a couple weeks back.

That unveiling was followed by some first drives, conducted by Renault, which we're captured on video for the world to enjoy.

Next up for the Twizy Renault Sport F1 is a true public unveiling.

This will happened at the 2013 Barcelona Auto Show on May 9.

The scaled-down Barcelona show seems an unlikely place for Renault to debut the Twizy F1, but that's where its happening.  So, mark your calendars and snatch up some plane tickets while there's still time.  Or just wait a few days for us to bring the Twizy F1 unveiling to you.