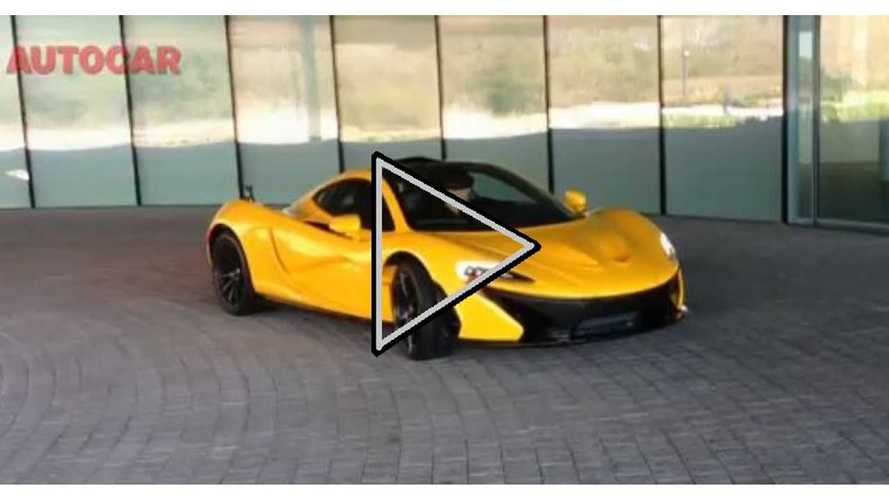 It's not the hum of the electric motor we hear, but rather the rumble of the McLaren P1's turbocharged V8 engine.

Admittedly, we'd rather observe the P1's silent electric-only operation, but this here is the first time ever that McLaren spectacular hypercar has been caught on the move and with audio to prove it's a working machine.

This particular P1 is reportedly bound for Germany and showed up at McLaren's headquarters prior to being shipped out.

Unfortunately, we don't get a feel for the P1's speed here, but it's still quite special to catch a glimpse of a machine so expensive ($1.15 million) and limited (production run 375 units) that few of us will ever see out on public roads.

What's the P1 capable of?  Here are those mind-blowing specs: