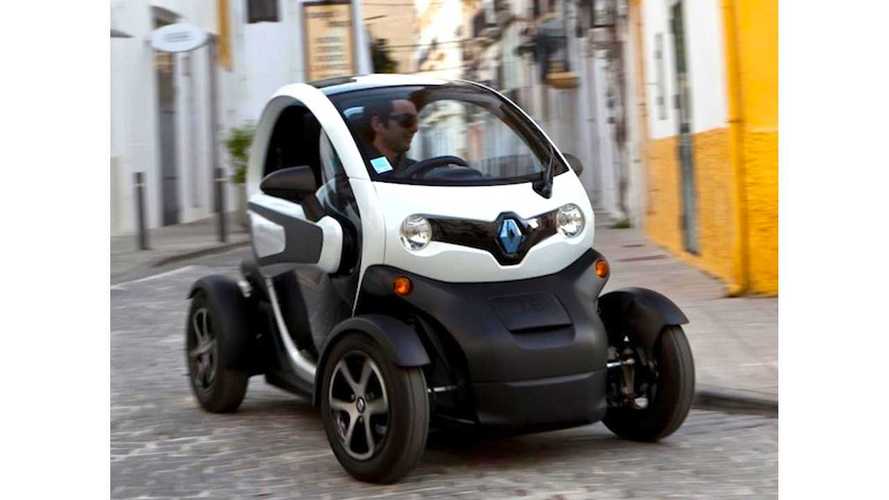 Obtaining specific figures for sales of individual plug-in vehicles in Europe can be rather difficult.  In fact, it often seems impossible to get exact figures for every plug-in sold there.  A country-by country breakdown is possible, though some countries post no figures, which means a list of that sort would be incomplete.

Now Built In The UK, The 2013 LEAF Will Be Exempt From Fees In Central London's Congestion Zone.  Perhaps That Will Boost Sales

Turning our attention back to Europe, we see that the European Environment Agency's (EEA) latest report, titled "Monitoring CO2 Emissions From New Passenger Cars in the EU," presents some of the sales data we've been on the hunt for, though it focuses solely on pure electric vehicles.

Most of those vehicle were sold in France, where the Renault Twizy dominates the charts.  The EEA says that, out of the 14,000 units sold in 2012, 5,500-plus were sold in France and nearly 3,000 went to buyers in Germany (the number two country in terms of EV sales in Europe last year).

While we admit this is still an incomplete list, at least it begins to fill in some pieces of the puzzle that we are always hunting for.

Global sales are difficult to obtain in a timely fashion, too.  But InsideEVs did present those figures back in our "World's Most Comprehensive 2012 Global Plug-In Vehicle Sales List" post.

And, as always, we cover US sales on a monthly basis, as well as bringing you some Canadian figures from time to time and some other countries, too.