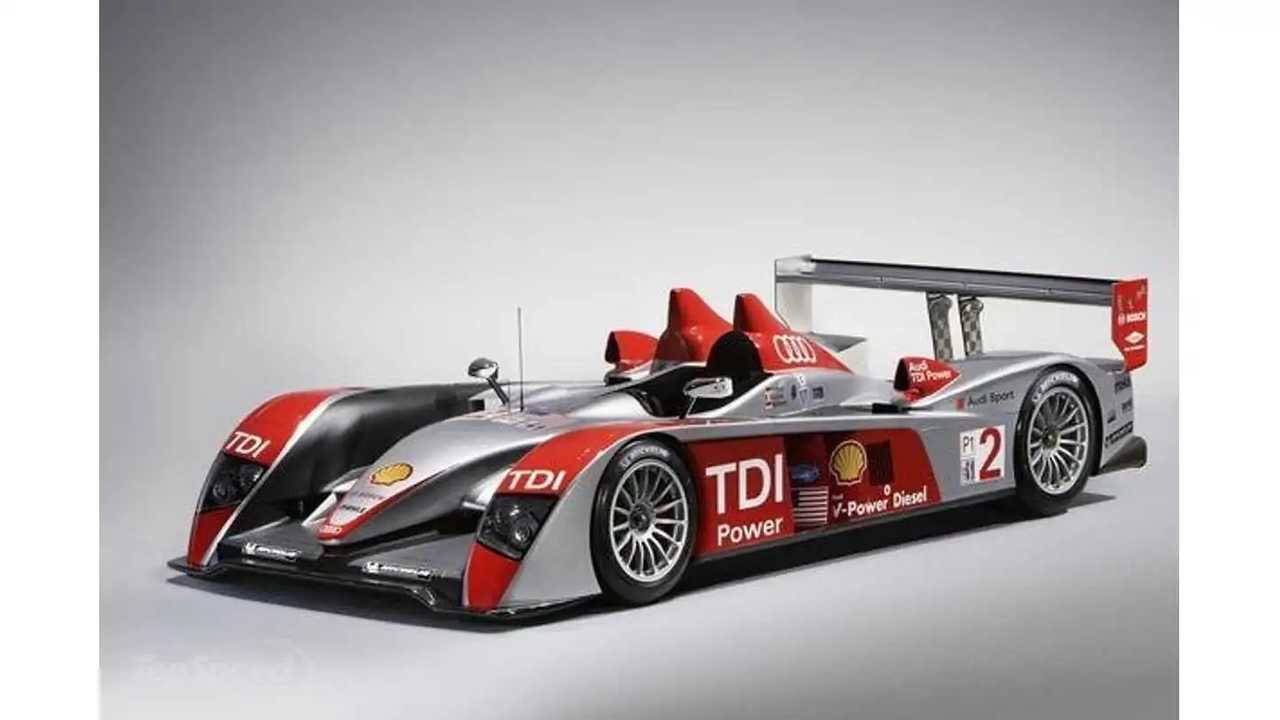 Though not yet officially confirmed for production, the Le-Mans-inspired R10 hypercar (a step above a supercar) may borrow a bit of plug-in hardware from Porsche.

The R10 officially is in the design stage, which means that all sorts of options are available to Audi's team of engineers, but one option seems to be in the lead.

Remember that the Volkswagen Group encompasses tons of brands, including both Audi and Porsche, which means that borrowing a plug-in hybrid setup from Porsche is certainly an easily executable option.

That seems to be the path Audi is hinting at with its R10, nut no ordinary plug-in hybrid setup will do.

Audi is looking at the gear that powers the radical, sold out Porsche 918 Spyder.  The 918 makes use of two electric motors and KERs technology to crank out a staggering, well, let's just post the specs:

The near $1 million 918 Spyder will enter production this fall, but it's already sold out.

That means there could well be a business case for Audi to go forward with the R10.

But, according to Audi, there's been "no business decision on series production," but the automaker does "hope to create one."

Audi research and development chief, Wolfgang Dürheimer, adds this into the mix:

"The questions revolve around our engineering capacity for such a car, the budget to put into it and the price versus the volume.  We could use our race facility to build a handful  of bespoke cars, or we could build several hundred using more mainstream facilities."