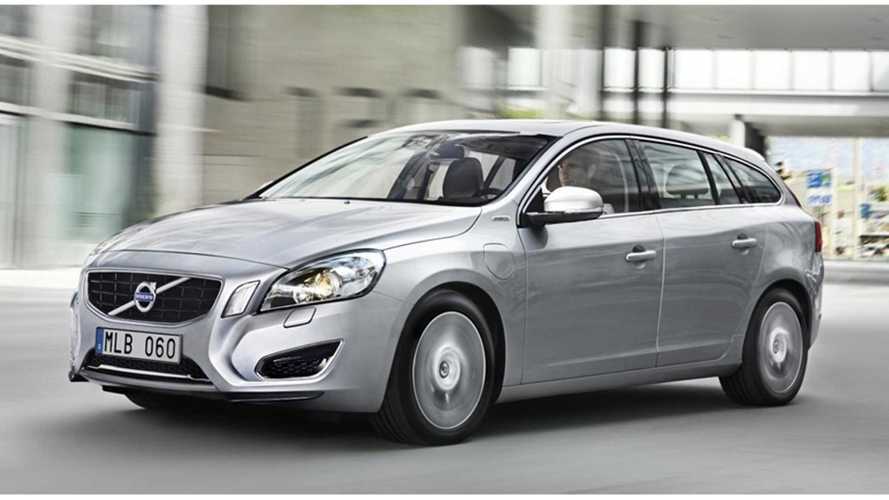 A Volvo V60 Plug-In Comes Of The Line In Torslanda, Sweden

We will admit it, when the Volvo V60 plug-in hybrid was first announced, we were a little skeptical that the 31 mile, extended range diesel car would be met with much success.

Not that the package presented by Volvo was not attractive, but the starting price near £50K before incentives in the UK seemed high enough to suggest that Volvo would never sell many more than the "limited run" of 1,000 units it was planning in 2013.

However, by qualifying for the UK plug-in grant, bringing the cost down to net of £43,775 ($69,000USD), as well as many other new incentives throughout Europe, such as freedom from CO2 restrictions, fees, and vehicle taxes, the car became more and more palatable.

"The V60 Plug-in Hybrid has been a worldwide success with the initial run of 1000 cars sold out before the car reached the showrooms,"  said Ian Howat, head of product and pricing at Volvo UK.  "Now that we have received the UK Government’s plug-in grant (£5,000) I’m sure the world’s first plug-in diesel hybrid will become even more attractive to UK customers wishing to purchase leading vehicle technology."

By the start of March, the plug-in Volvo was riding high; the reviews were excellent, orders were strong, and the V60 plug-in nominated as one of three finalist for World Green Car of the Year, alongside eventual winner, the Tesla Model S, and Europe's new poster child for EVs, the Renault Zoe.

Now the company finds itself drowning in orders.  Volvo faces more than 3,000 orders  from the Netherlands alone, and according to a report by automotorsport.se, the Swedish based company is hoping to increase 2014 production to 10,000 V60 plug-in hybrids.

We says that Volvo is "hoping to increase production" because the V60 plug-in, which is build in Torslanda, Sweden, alongside the V70, V80 and XC90, has not been tooled up for 10,000 units, and suppliers of the hybrid components for the car had been anticipating a slow and leisurely 1,000 unit per year build rate only three months ago.

Still, it is a good problem to have.