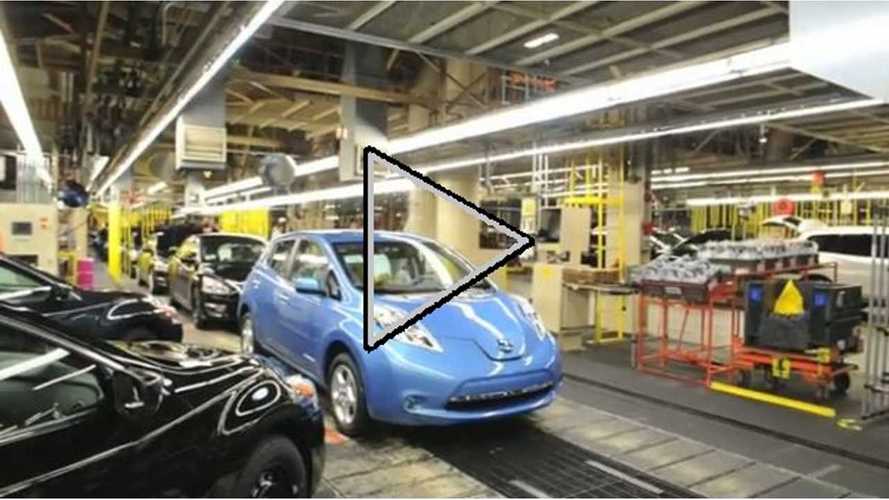 Nissan has recently moved North American production of the LEAF from Japan to Smyrna, TN, and thankfully enough for us, The Tennessean has put together a fine time lapse video on the project, as well as put together a pretty extensive run down on the process.

Because the assembly line is shared with the Altima and Maxima, there was more than a few challenges for engineers to accommodate this smaller LEAF alongside Nissan's other mid-sized offering.

However, Nissan says all the bugs have been worked out, and the line is operating smoothly.

Interestingly, the Smyrna plant operates three shifts, and runs 24 hours per day from Sunday night until Saturday morning, thanks to demand for the very successful Altima, as well as the 2013 LEAF, which took over the crown as the best-selling plug-in vehicle in March, selling a very unexpected 2,236 copies.

We encourage you to watch the video, but also check out a very detailed report on the process by The Tennessean here.